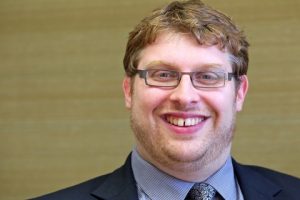 Surveyors are invariably asked to sign a waiver and indemnity by the master of a vessel before they are given approval to board. Such documents will frequently stipulate that surveyors must waive all rights to make a claim against the owner and the vessel in respect of any personal injury or loss of or damage to their equipment which they suffer, even if it is caused by the fault of the owner. Conversely, surveyors are also asked to indemnify the owner if any of the vessel’s crew suffer death or personal injury, or if there is any loss or damage to the vessel itself or its equipment. Occasionally, the indemnity will even extend as far as claims made against the owner by third parties.

Mark Brattman, ITIC’s legal director, says, “These waivers and indemnities are usually presented to surveyors as they are climbing aboard the vessel. Surveyors therefore do not have a realistic opportunity to read such documents and invariably just sign them, in order to gain access to the vessel to perform their jobs.

“ITIC has seen many owner-produced wordings over the years, all of them unfavourable to the surveyor. The ASG had a wording which was a significant improvement on the owner-produced documents, but ITIC felt that this could be made more balanced. With the agreement and co-operation of the ASG, a new wording, the ASG/ITIC 10 has been produced.

“Under the ASG/ITIC 10 wording, the owner will have the usual responsibilities of any occupier to any visitors, unless the vessel is considered a casualty, in which event the surveyor will acknowledge that the master cannot guarantee the safety of visitors, and the owners’ liability will be restricted to losses specifically caused – or contributed to – by the negligence, recklessness or wilful misconduct of the owner. Discussions about what constitutes a casualty can take place after the event, thereby allowing the surveyor to avoid the need to negotiate on the steps of the vessel.

“Both ITIC and ASG agree that the new wording represents a far more equitable apportionment of liability when surveyors are asked to attend a vessel, whether by a P&I club on behalf of an owner or by charterers, cargo interests or insurers.”

l ITIC is managed by Thomas Miller. More details about the club and the services
it offers can be found on ITIC’s website at www.itic-insure.com

l The Admiralty Solicitors Group promotes and preserves standards in the practice of
maritime law in England. As well as Admiralty Law issues, its interests also embrace dry
matters, including the carriage of goods, sale and purchase, insurance and all other aspects
of shipping law in which member firms play a prominent part.

MacGregor participates in developing unmanned/autonomous traffic in the Baltic Sea