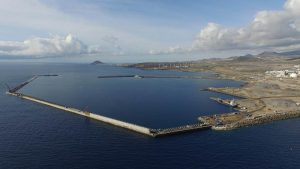 Capt. Antonio M. Padrón, “IMO Maritime Ambassador” and Maritime Authority of Tenerife visited the works of the new port of GRANADILLA, in Tenerife

The visit was also attended by representatives of the Port Authority of Tenerife, the Maritime Authority and the Pilots, in order to evaluate the progress of the works and to know on the ground the docking and mooring facilities. 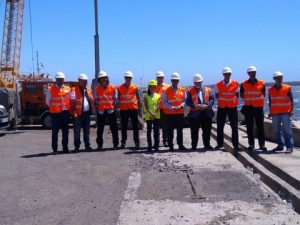 Capt. Antonio M. Padrón – eighth from the left, with members of the workforce

The port will begin to be used soon and, in addition to classic traffics, it is expected that its activity will be complemented as a base for the repair of ships and oil rigs.