The Supras’ BSI lost seven  points and now reads 746, and

The Handies’ BHSI lost 10 – a double digit after a long time and now it reads 486 points.

The Wets in contrast were on an upwards trend; the last published BDTI (Dirties) and BCTI (Cleans) stood at 799 – plus 14 and 516 – plus three respectively. 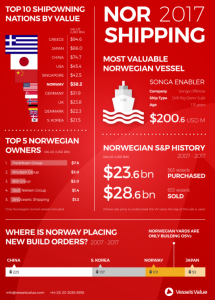 Next week Norshipping 2017 kicks off with a packed program.  VesselsValue has put together an infographic looking at Norway as a ship owning nation.

A very interesting infographic at the best possible time! 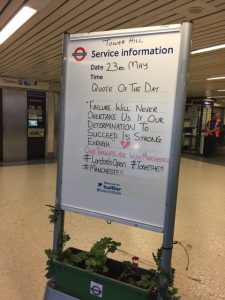 A strong message of unity in the fight against terrorism

The Geopolitical front is now in a very bad state following the atrocities in Manchester’s Arena last night were 22 people lost their lives and  59 injured; a Terrorist attack by a suicide 22 year old Libyan man who was killed on the spot. Shame!

Slaughtering innocent people among them young children and having ISIS admitting responsibility brings us to the point for a tough response, not just safety and security measures; enough from this policy which didn’t touch the humane feelings of these bastards…

The rest of Geopolitics remain the same and Caution is the least to advice. 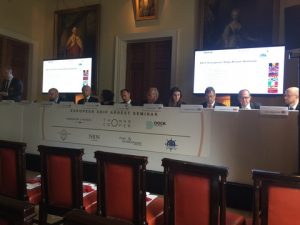 On another tone,  Thomas Cooper’s European Ship Arrest seminar at Trinity House was more than a success.

Speakers from The Netherlands, Belgium, Greece, Germany, Turkey, the United Kingdom, Italy and Spain explained very clearly some of the most important issues attracting over ten questions. The procedure, evidence, security, releasing a vessel, claims for wrongful arrest and particular jurisdiction features were examined. The seminar was moderated by Tim Kelleher of Thomas Cooper.

An interesting network reception followed and we will revert soon with a full report.

Have a nice evening and continue to be on guard wherever you are from Pirates and Terrorists.