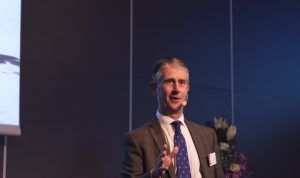 Lars Rhodin, Managing Director of The Swedish Club, announced three new appointments to the board during the Club’s 2017 AGM held in Gothenburg on Thursday 15 June – the 145th since The Swedish Club was established in 1872.

Representing a cross section of the shipping industry, the three new board members come from different sectors and different countries, but share their commitment to shipping and to the pursuit of excellence.

Lars Rhodin welcomed the new board members, saying: “The Swedish Club represents members across the globe in almost every sector of shipping. We are delighted to see these new faces on our board and welcome the talents they will bring.”

Earlier, during his introductory address Mr Rhodin reviewed the last 145 years of the Club, contrasting the industry climate both then and now. Looking ahead he highlighted the risks intrinsic in predicting the future and the importance of good leadership.

This year’s record attendance of more than 250 AGM participants was also noted; an all-time high which affirmed the continuing importance of The Swedish Club to its members and business partners.

‘Leadership Under Pressure’ was the theme of the 2017 AGM, with speakers challenging the traditional ways of doing business.  Robert Karjel, award winning speaker and author of the bestseller, ‘The Swede’, described his experiences as Lt. Colonel in the Swedish Air Force and hunting pirates in the Gulf of Aden when commanding a helicopter unit. Stefan Hyttfors, Swedish speaker of the year for two years running proved an inspirational speaker, focusing on disruptive technologies and behavioural change.

Do you have the right recipe for a BIFA Freight Service Award?