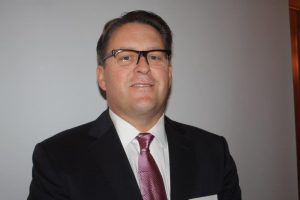 Like the motor industry on which it keeps a watchful eye, a burgeoning lithium development company is at a crossroads.

Vehicle manufacturers are revving up plans to move production from traditional models to low-emission units with lithium battery input. This has spurred Western Australian minerals specialist Neometals Ltd (listed on the Australian stock exchange and New York Over the Counter market) to supercharge its triple initiatives in mining, processing and recycling.

The clean technology revolution means “the mega-trend has started; there is no going back,” Neometals managing director Chris Reed said during a presentation in London. This has led to the company reviewing its near-term strategy, which could include a share listing on Nasdaq and spinning off its processing technology, to attract institutional investment.

A potential split into two companies, alongside a possible US listing, is expected to generate considerable news flow from Neometals over the next couple of years. 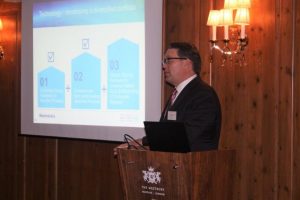 Neometals is enthusiastic about its high-grade lithium mining operation at Mount Marion 540 km east of Perth and 40 km southwest of Kalgoorlie in a joint venture with one of China’s largest lithium producers, Jiangxi Ganfeng Lithium (43.1%) and a local mining services business, Mineral Resources (43.1%). Neometals and its partners have begun production at the mine and a sale process is underway of its remaining 13.8% equity. Mineral Resources funds and operates the project from mine to port.

The first shipment of 15,000 tonnes of lithium concentrates was loaded in February 2017 on the Pacific Venus at the port of Kwinana, for Zhenjiang, China to deliver the product to Ganfeng.

Sales of lithium-ion batteries in China totalled Rmb78.63bn ($11.44bn) in 2016, according to the China Industrial Association of Power Sources.

The Chinese partner is committed to a life-of-mine, take-or-pay offtake agreement. “You can’t hide it – you are only as good as your offtake [agreement] is,” said Mr Reed, a fourth-generation miner whose father David is the largest shareholder in Neometals, with a holding of 11%.

Prompting the potential corporate reorganisation is wide interest in construction of new processing capacity, prompted by firm prices of lithium as a commodity. The venture is aiming to capitalise on growth in the energy storage market (from 2016 to 2020 there will be a sixfold growth in global lithium-ion battery capacity, more than half of that in China, according to Benchmark Mineral Intelligence) by commercialising its proprietary process for producing high purity lithium hydroxide. The process could operate at lowest quartile cost, the company says. Known as the ELi Process, it has been jointly developed by Neometals and Mineral Resources.

The two companies have signed a memorandum of understanding to assess the feasibility of building and operating a lithium hydroxide plant. The chemical plant, with nameplate capacity of 20,000 – 25,000 tons a year of lithium carbonate equivalent production, would be built in Kalgoorlie, with production to begin in 2020. Concentrate from the Mount Marion project would be used to produce lithium hydroxide for sale to the cathode industry for producing lithium ion batteries.

The plan is to use the conventional sulphate/caustic soda process favoured by leading Chinese lithium converters (including Ganfeng).

Locating the plant near the Mount Marion operation in addition to yielding operational and logistical benefits would be important to the district and state through secondary processing of raw materials to develop high-value products. A final investment decision is expected by the third quarter of 2017.

The company is playing to its strengths in efficient metal extraction: Alphamet, a subsidiary of Neometals, is focused on extracting light and precious metal oxides and sulphides, intermediates and waste feeds. Low energy-intensity processes available for commercial licence include cyanide-free gold and silver (especially for refractory and arsenic-containing ores), nickel laterite, titanium and vanadium, energy from sulphide-based ores and rare metals recovery. They can be applied to existing or old mine tailings, producing additional revenues through single or poly-metallic recovery while stabilising toxic wastes.

Neomet mainly tests its metallurgical processes at a laboratory in Montreal, Canada. In line with its strategy to diversify into the downstream lithium and battery material supply chain, it will build a pilot plant in Canada to accelerate commercialisation of its technology to recycle lithium ion batteries to recover high value materials. The pilot plant, expected to be operational in the third quarter of 2017, will conduct tests at a rate of 100 kg a day of batteries to recover high-purity cobalt, lithium, nickel and other base metals from lithium batteries typically used in electric vehicles. It will be able to treat lithium batteries from laptops and phones containing the lithium-cobaltate cathode formulation. A commercial plant, which is “basically six sea containers” would cost US$4.5m and could be constructed and commissioned in 42 weeks.

Neometals has co-developed a technology to recover economically high-value cobalt at a rate of 99.2% in the battery manufacturing chain. By weight, cobalt is 20% of laptop and phone batteries.  Cobalt supply is under stress from the rapid increase in demand from battery manufacturing and a supply chain that is dominated by production in high-risk locations (Democratic Republic of Congo). It is estimated that fewer than 5% of used lithium-ion batteries are recycled as disposal is typically either paid-for recycling or landfill.

Its Barrambie deposit, further north than Mount Marion, is set to benefit from strong demand and supply fundamentals because of globally declining grades and quality. Titanium is “a growth story for 2018” says the company. It wants to advance the project to a suitable stage in the first quarter of 2018 to obtain a titanium industry partner who would fund and operate the project on a shared equity or joint venture basis.

It says that laboratory-scale test work in Canada has confirmed high-purity titanium dioxide can be precipitated from a leach solution at recoveries greater than 90%. It is claimed that a titanium‐based adsorbent developed by the company could deliver a more cost-effective and environmentally-friendly method of extracting lithium and potassium from sodium-rich brines as compared to traditional solar evaporation from large ponds as employed in the Andes region.

Mr Reed said: “Proving this scalability of this technology will have significant implications for brine‐based producers and developers, who hold 75% of the world’s lithium resources.  Increasing the speed and yield of lithium extraction from brines and reducing operating and capital costs are the keys to unlocking supply needed to meet the lithium demands of the next decade.”

Mr Reed told the City presentation: “We think lithium-titanate will become the anode of choice for electric vehicle and conventional stop-start engines. Apparently so too do Porsche and Johnson Controls/Toshiba [a co-operation between those two companies] on new battery systems.”

At the end of May, Neometals announced results from lithium coin cell battery cycle test work which it said demonstrated the superior performance characteristics of its lithium titanate anode material.

An analyst report in April by Euroz Securities, which has provided services to Neometals, described the company’s proprietary technology projects as exciting. “The company has a track record of attracting quality partners with balance sheets and experience capable of advancing the projects expediently.” Euroz said that the lithium battery recycling project could add between $0.15 and $0.25 per share of value in the long run, “with little upfront risk in our view.”