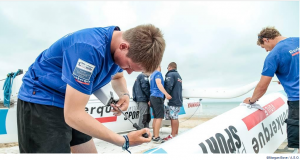 Act 3 of the 40th Tour de France à La Voile starts with a short coastal race, expected to be in light winds, in Jullouville. After Dunkirk which has hosted the Tour 32 times in 40 editions, Fécamp where the race has been seven times now, there is some excitement to be in the beautiful coastal town which lines the east coast of the Baie du Mont St Michel opposite to Saint Malo. The 29 Diam 24s are lined up on the long sandy beach, ready for action on the bay which is world renowned for the beautiful Mont St Michel islet and iconic Abbey. The tides are significant, at nearly 14 metres, and so that will be a significant factor. The Race Officer Christophe Gaumont has indicated a coastal course between Chausey, Mont Saint Michel and Jullouville is likely. The light winds will gradually build in the afternoon. A race in light airs and with tidal currents, tough on the crews’ nerves.
All New
They fly the Spanish flag and are based in Barcelona but Tour de France á La Voile debutants New Territories are a truly international, cosmopolitan team comprising Portuguese skipper-helm Hugo Rocha, Russians Pavel Savenko and team and boat owner Alexey Semenov, and Spanish duo Ruben Castells and Fran Palacios.
Together they have already won world titles in the J-80 and more recently won a windy SB20 world championship in Rocha’s native waters, in Cascais last year. After winning in the SB20 they sat down and considered where they wanted to go next, to find a new target.
“I did the Tour maybe nine years ago on a Mumm 30 with a team from Marseille and I loved it straight away. I have always wanted to come back and do it again.” Explains Rocha who won Portugal a bronze medal in the 470 class in 1996 Olympics in Atlanta and went to Sydney in the Tornado in 2000.

“I suggested to the owner this is what we should do, he liked the idea and here we are. This is very much a learning year. We have had not so much time to practice, maybe only 30 days in Barcelona on our own and did a French regatta of three days so we are really here to learn this time.”

Most of the crew came from bigger boats, Semenov and Rocha met after the enthusiastic Russian bought a Grand Soleil racer cruiser, Castells and Palacios raced GP42s, IMS classes and Palacios raced the Barcelona World Race on Central Lechera Asturianas.

“Except for the helm the Diam 24 is quite a physical boat to sail so that is hard work, but we have been pleasantly surprised how well we have done so far. We seem to be able to start well most of the time and do well in the stadium races which is the newest thing for us. Our boat handling really is where we can improve most.”

“The Tour is exactly what I expected. It is great. All the staff on the organisation are young people. I think the event is really nice. Right now we are a very small team, we have no shore team support and are doing everything ourselves. Next year we come back and work hard.” Says Rocha who works for North Sails in Barcelona.

“We’d love to get a sponsor for the future and I think that is a realistic possibility. The set up with the media and TV here is really great.”

“We have been happy with the way we have sailed. We get better each day. It is great to be here are Act 3, another town and a coastal race tomorrow. We are loving it.”
New Territories lie 13th overall in the fleet but are ballasted by a 19th from yesterday’s Stadium Races from which they had to retire with two races to go after another boat hit and damaged their rudder.

The crew has some work to do on the boat after hitting something yesterday, so today is going to be useful for carrying out repairs. In the early part of this year’s event, we had some good longer races, but in the stadium races, we messed up getting going too early. So we lost out on that. What we need to do in Jullouville is to do well both in the coastal race and in the stadium event.”

“We have planned to do some repair work on the boat to be in perfect condition tomorrow. We also have a briefing scheduled today with the whole team to talk about the timetable. We’re quite pleased with the start of the Tour, but we have to remain focused, as we know that things can go either way very quickly. It’s good to be able to get some rest today, even if we are well organised and perfectly set up and raring to go.” 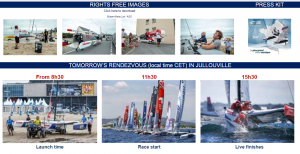 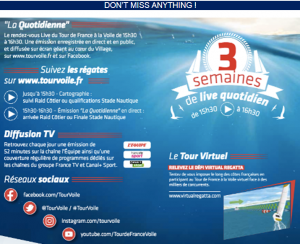 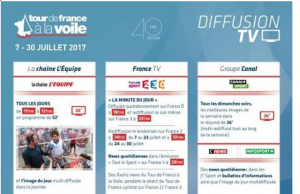 Below the Surface: How Illegal, Unreported and Unregulated Fishing Threatens Our Security