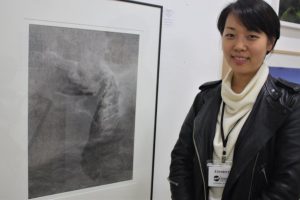 Passion in Peckham! An ambitious new feature on London’s arts scene – the Peckham International Art Fair, PIAF – is a triumph of collaboration, creative connections and commitment.

The first PIAF hosts 15 characterful galleries – some of them usually based on an online presence, appearing in the flesh, as it were – for its duration (until October 5, 2017) in an industrial unit embedded in “the creative quarter” of Peckham, a vibrant suburb in 5 km south of the Thames. 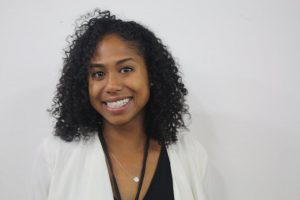 A not-for-profit platform for contemporary art galleries, collectives and initiatives, PIAF has made its debut in the city’s busiest art week: it coincides with Frieze Art Fair, which attracts more than 60,000 visitors to a legion of cultural events.

Continuing a long Peckham tradition, most of the art at PIAF is hard to pigeonhole. In the 1760s on the common known as Peckham Rye, the poet and artist William Blake claimed to have seen visions, including “a tree filled with angels, bright angelic wings bespangling every bough like stars.”

In its outpouring of differing genres, PIAF—located in the Bussey Building, an old warehouse that has become an arts and refreshment venue – kept that intense flame burning bright. 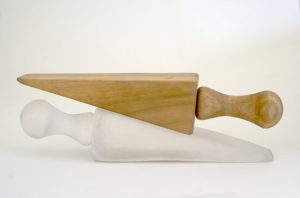 Among the rich pickings at Peckham were winning and shortlisted works from the ArtGemini Prize 2017. Run by its founder, Singapore-born Jimmy Lek, the latest ArtGemini Prize attracted more than 900 entries from 36 countries and a range of disciplines.

On hand to introduce an example of her exquisite picture technique was Seoul-born and London-based Junghyun Lee, who had just won second prize (painting) in the 2017 ArtGemini Prize. Her successful entry (pictured here) was Gentle Movement of a small seashell1. An aura of mystique infuses her charcoal and pastel works on paper, in this instance one of a series of compositions inspired by the biology of seashells.

There is more than one answer to why the output of this artist is so enticing and soothing, and why she is attracted to the progeny of the shore. She says that shells have long been a symbol of beauty because of their colour and curves, often associated with female shapes and lines, but she is interested just as much in the more intimate process of how a clam builds its carapace.

The analogy is how urban dwellers seek to protect themselves from the pressures of their aggressive environment by seeking respite in nature and coexistence with other creatures. A seashell which appears weak can build a shelter suitable for its body and environment. Junghyun’s drawing represents the growth of a shell by the stacking of layer upon layer, the comfort of its home, or the gentle movement of the invertebrates.

Choosing charcoal and pastels, “because they symbolise a fundamental form of matter, dirt,” she starts by submersing herself in nature to create realistic forms before using her imagination to weave abstract lines, and the tension grows between foreground and background. There is echo of the long life-cycle of such primordial creatures.

Junghyun, whose other works have included a series called Water Movement, graduated in June from the Royal College of Art with an MA in visual communication.

Another impressive artist of Korean background is ceramicist Sarah Choi, who under the aegis of ArtGemini had on display intricately-fashioned stoneware works London, London, London and 10 Downing Street 2017. The former teems with the impressionistic press of people along the river, the latter is a clever caricature including the bobby on duty outside the PM’s base, and the Downing Street cat.

Sarah painstakingly builds these striking structures by hand, which gives her freedom to add the ‘realistic’ touches that make her works so endearing.

Antoinette Williams made use of the London fair as a launch-pad for her promising venture Apotheosis Art, which will be a high point of her plans to bridge the gap between the virtual and physical gallery. Her aim is to approximate as far as possible online the traditional gallery experience, going beyond the more standard online offerings in the market which she says are “more of a catalogue.” 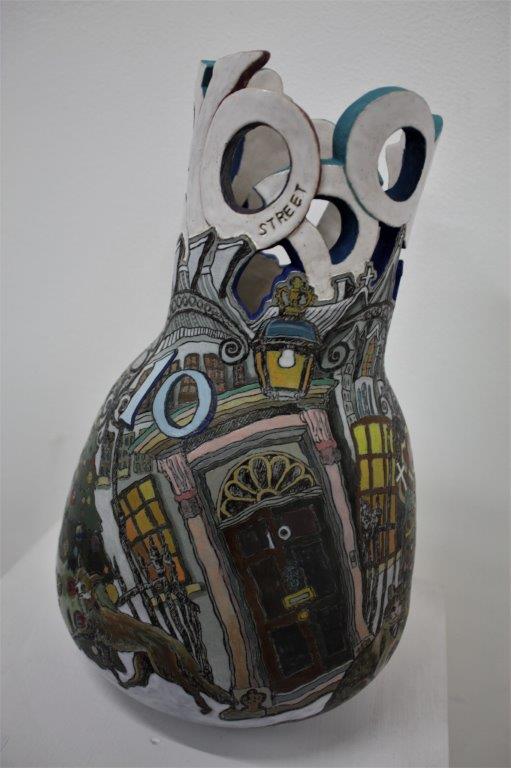 From San Diego, California, Antoinette is already promoting the works of established and emerging artists, including Las Vegas-based Brent Sommerhauser, whose work on display included the sculpted glass and wood Wedges, and another work of similar medium, Bridge. There are typical of his meticulous assemblages, and catch the eye whether installed on a wall or mounted on a pedestal.

Previously, Brent’s sculpture was included in the 2004 Windsor Biennial in Canada and was selected for New Glass Review 26, published by the Corning Museum of Glass and featuring innovative works from many countries. He has taught extensively in creative studies and was recently received a Cirque du Soleil Community Support Grant for the Visual and Performing Arts.

Performance art was brought right up front at the Peckham pageant by a duo based in London, formed by António Branco originally from Portugal, and Riccardo T from Italy, and known as .2Dot Performance. 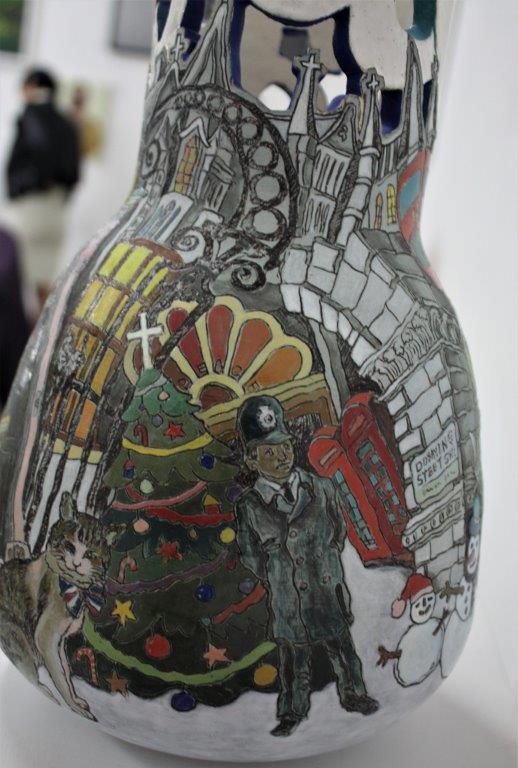 Their energetic, disciplined, and sinuous routines were among the first sights to greet visitors. Selecting from a clothes rail crammed with slinky garments, which emphasised their role-play of gender ambiguity, António and Riccardo posed and pirouetted along a painted plank plonked on the ground, to create what they call “site-specific performances.”

António and Riccardo say that the body is the site and raw material for the performance. With their dance pieces, they aim to get spectators “to reconnect with the forgotten zones of their psyches and bodies, and understand the possibilities of their own freedoms.”

Both men, who graduated from London Contemporary Dance School, are spellbinding with their careful exposition of metaphorical signposts to physicality, inner self and identity.

In another booth, artist Cedar Lewisohn presented a work of drawing and performance entitled Ndungu SE15. It is his way of responding to artefacts, in this instance from the world culture collections of Exeter’s Royal Albert Memorial Museum & Art Gallery. His appropriation of objects mirrors the ways they were appropriated for museums from their origins. This is exemplified by his representation of a West African Ndungu mask betokening a Janus- faced judge or executioner and to which, to produce the title of his performance, he adds the postcode (SE15) of Peckham.

The vigour of southeast London arts was brought home by the presence of supporters of the Art in Perpetuity Trust, which has created a gallery with 40 studios and a sculpture yard on the banks of Deptford Creek. They detailed their programmes of exhibitions, education, open competitions, workshops, talks and open studio weekends. 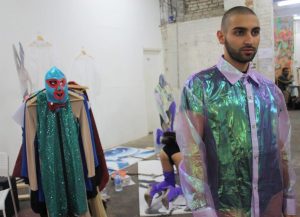 Another programme harnessing many contributors is Beaston Projects, through its curatorial endeavour named Collateral Drawing. This explores the link between preparatory studies and by-products such as preliminary versions, to finished artworks. It yields “an insight into the relationship between what is subconscious and conscious in the artist’s practice.” The Collateral Drawing Series was launched at Plymouth College of Art in February 2014, since when it has had further editions in Athens, Berlin, East Anglia and now at PIAF.

London-based Karen David initiated a separate project, entitled Cork Lined Rooms, by visiting and documenting the studios of 60 artists and inviting the occupants to answer a personality quiz based on the ‘Proust Questionnaire’ with challenges such as ‘What is your earliest memory of art’? The title refers to the cork-lined bedroom in which Marcel Proust spent his last three years completing his novel À la recherche du temps perdu (In Search of Lost Time).

The advisory board for this perfect pick-me-up from Peckham comprised Gavin Turk, one of the earliest Young British Artists; Peter Benson Miller, the Andrew Heiskell arts director at the American Academy in Rome; Juan Bolivar, a London-based artist and lecturer in painting at Camberwell College of Arts; and artist, curator and writer Karen David.

Not quite like anywhere else, Peckham may have derived its name from the Anglo Saxon phrase for a village among the hills.  It was once a halt for cattle drovers on their way to London; and more recently became home to many people of West African and Caribbean origin.

It has been a fixture on London’s art and culture maps since the early 2000s; the arches along Blenheim Grove beneath Peckham Rye station are home to a community of artists and craftspeople.

Adding to the area’s zest was the launch of arts organisation Bold Tendencies in 2007 to take over the disused top four floors of the municipal multi-storey carpark on Peckham Rye, from where a Proms concerts was broadcast in 2016 and 2017. In its decade, Bold Tendencies – together with its partner projects, Frank’s Cafe and the resident Multi-Story Orchestra – has transformed its car park home by an annual commissioning programme of visual art, classical music, poetry, literature and architectural commissions.

To remedy the usual omission of acknowledgment to the hard work of the backroom ‘girls and boys’ congratulations on staging the outward-looking PIAF should go to the organisers, led by Katherine Viteri, founder and operations director; Jon Kehoe, founder and creative director; Milagros Bedoya, fair coordinator; Eva Klein, publicity and communications editor; and Pernilla Iggstrom, in charge of sponsorship and partners liaison.

What can be said of PIAF but… no regrets!