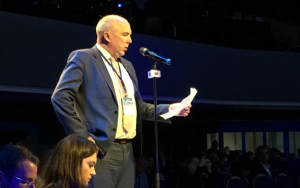 Malta set the scene for the invitation-only ‘Our Ocean 2017 Conference’ this past October 5th and 6th that brought together statesmen, government ministers and industry leaders from around the world to look to the future and deliver high-level commitments to preserve the world’s oceans.

Wayne Jones, OBE, Chief Sales Officer of MAN Diesel & Turbo, spoke from the floor at the conference and said: “We clearly recognise that our interests are best served by ensuring that the world’s oceans remain in robust, good health. MAN Diesel & Turbo believes that it is time for what we call a ‘Maritime Energy Transition’ to find clean solutions for seaborne trade and transportation.”

Jones concluded: “Just recently, my company set a new benchmark with the world’s first conversion of a container ship from conventional fuel to gas operation. In order to encourage more ship owners to follow this example, MAN Diesel & Turbo is pledging a 2 million Euro discount for 10 such LNGretrofits to convert existing HFO engines into modern, clean, efficient gasengines.

In doing so, we hope to play our part in moving the world’s fleet towards the clean technology our industry and our oceans deserve.” 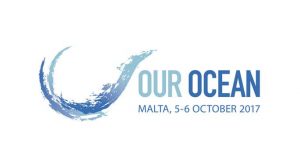 The Maritime Energy Transition
The term ‘Maritime Energy Transition’ stems from the German expression ‘Energiewende’ and encapsulates MAN Diesel & Turbo’s call to action to reduce emissions and establish natural gas as the fuel of choice in global  shipping. It promotes a global ‘turn to gas’ driven by the IMO and a common approach of the shipping industry and politics to invest in infrastructure development and retrofits.