Greek business leaders are urged to step up cooperation with Bahrain 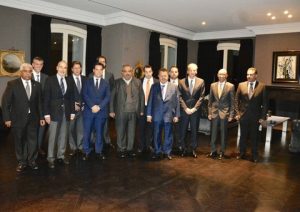 Harry Vafias, president and chief executive of Nasdaq-listed and Athens-based Stealthgas, took the initiative to invite a group of business leaders and politicians in honour of a visit to Greece by Sheikh Salman bin Khalifa Al Khalifa, son of the prime minister of Bahrain and cousin of the ruler of that country.
Sheikh Salman who is known as an enthusiast for the Hellenic world was visiting Greece for the Hellenic-Arabic conference which took place on the 9th and 10th of November. He expressed his admiration for Greek culture and the arts and urged all guests to visit Bahrain to explore areas of potential investment and mutual interest. 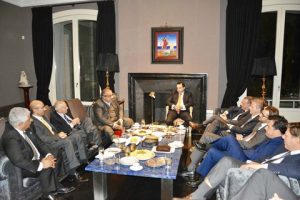 The current trade balance between Greece and Bahrain is only $30m whereas between Bahrain and Turkey it is in excess of $500,000.

The kingdom of Bahrain became independent in 1971 from Britain and grew on its vast oil supplies while adopting what have been described as progressive polities, and is one of the fastest expanding economies in the Arab world.