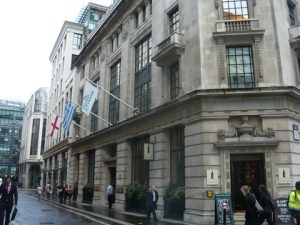 Maritime London will proceed to incorporate the activities of IMIF during 2018.

“Given the overlap in objectives and members, Maritime London was a natural partner when IMIF began to consider its future last year. I believe that this merger will benefit greatly the members of both Maritime London and IMIF, providing a wider platform and creating a stronger voice for the members of both organisations, not least in ensuring that the UK and London remain the leading international maritime professional services centre”. 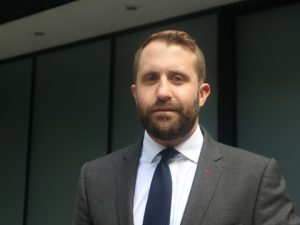 In a separate move, the appointment of four new Directors to join the Maritime London Board was approved by Maritime London members at its Annual General Meeting on 18 December 2017.

Ian Gaunt is President of the London Maritime Arbitrators Association (LMAA) and a full-time arbitrator since 2008. Before focusing on arbitration full time, he was a Partner at Sinclair, Roche and Temperley and a Senior Vice President at International Carnival Corporation and Carnival plc.

Richard Greiner is a Partner at Moore Stephens and has been at the heart of the London shipping community for many years. He has more than 30 years’ experience in providing assurance and advisory services to the shipping industry.

Mark Jackson is Chief Executive of the Baltic Exchange. He served as Chairman of the Baltic between 2009 and 2012 and previously worked as a broker at Gibsons and latterly was Chief Commercial Officer at AM Nomikos.

Britt Pickering is Legal and Claims Director of at The Shipowners’ Club which insures over 32,000 small and specialist vessels across the globe.

Rodney Lenthall, David Moorhouse and Jeremy Penn have stepped down from the Board.
Thanking all three retired Directors, Lord Mountevans, Chairman of Maritime London said:

“Maritime London is privileged to have had their support and counsel. Jeremy has been a Director since the formation of Maritime London in 2004, with David joining in 2010 and Rodney in 2016. Maritime London would like to take the opportunity to thank Jeremy, David and Rodney for their time, energy and steadfast commitment.”

Evergreen’s Roy Amalfitano, to be Honored as 2018 Person of the Year by NY/NJ Forwarders & Brokers Association