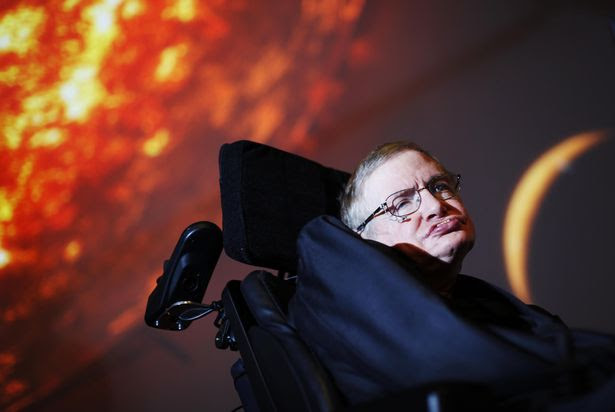 It has been a very sad week. On Wednesday, 14th of March at his home in Cambridge, Stephen Hawking, a world famous theoretical physicist, peacefully passed away. He was 76. Stephen Hawking was an inspiration to millions of people and his theories about time and the universe have contributed to science and to our understanding of the world.

He was most famous for “Hawking Radiation” related to his work on black holes. Until recently Hawking could be spotted visiting pubs, giving talks and scooting around Cambridge. I am proud of the fact that my children both went to the same school as Stephen Hawking, St Albans. Up until last year he regularly came to speak at their school.

Stephen was diagnosed with incurable muscle degenerative condition when he was 21 and told by the doctors that he had a couple of years to live. He defied his diagnosis and turned his life into an example of inspiration for people from all walks of life.

Stephen’s family lived in Highgate, London. His mum temporarily moved to Oxford at the height of WW2, where he was born on the 8th of January 1942. Later the family moved back to London where his dad was working in medical research.

From the age of 11 Stephen attended St Albans school. Then, at 13, his dad entered him for Westminster School Challenge, a scholarship exam.

On the day of the exam Stephen fell ill and didn’t attend it. His parents decided that they couldn’t afford to send him to Westminster School without the scholarship and he continued studying at St Albans. He recollected that he was always middle of the class academically, because other boys in the class were so good. However, he did get nicknamed Einstein at school.

Who knows how his life was influenced by the school, but in his words
“I got an education there that was as good as, if not better than, that I would have had at Westminster. I have never found that my lack of social graces has been a hindrance”

Curiously, Hawking remarked that all the mathematics he was ever taught were from his school.

“I’m now a professor of mathematics but I have not had any formal instruction in mathematics since I left St Albans school aged 17.”

At 17 he took a scholarship examination at Oxford and, despite being convinced at the time that he didn’t perform well, he won an Exhibition (a lesser award than a Scholarship) to read Natural Sciences at University College.

He barely scraped by to get a first degree having described his efforts and general attitude at Oxford as laid back and without putting in enough effort.

“The prevailing attitude at Oxford at that time was very anti-work. You were supposed to be either brilliant without effort or accept your limitations and get a fourth-class degree. To work hard to get a better class of degree was the mark of “grey man””.

In the final interview at Oxford where professors had to decide if Stephen would get a first or a second class degree, he announced that if he got a first he would go to Cambridge to continue his education, if he got a second, he’d stay at Oxford. He was awarded a first.

At Cambridge Stephen continued his PhD research with the focus on cosmology and gravity which eventually led to his recognition as the top specialist in the world in the area. Hawking later became the Lucasian Professor of Mathematics at Cambridge, a position once held by Isaac Newton, in 1979. 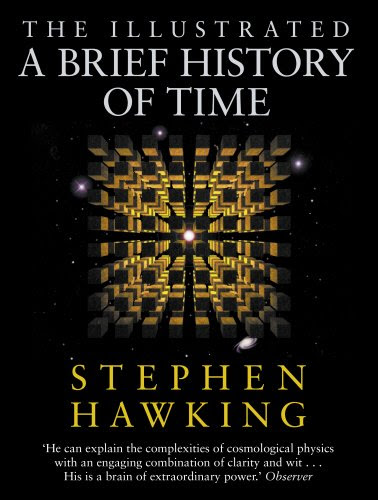 Hawking’s sense of humour and appetite for life contributed to his popularity. His works, including the best-selling book ‘A Brief History of Time’ helped popularise the science.

He helped elevate the importance of science and maths in everyday life. Stephen Hawking made many appearances in popular TV programs such as The Big Bang Theory, Futurama and The Simpsons. The recent film ‘The Theory of Everything’ depicts his remarkable life and work very well.

Here is one of the many examples of Stephen’s incredible sense of humour and promotion of science to the masses.

When the fans of One Direction group were heart-broken over the leaving of the group member Zayn, his recommendation was:

“My advice to any heartbroken young girl is to pay close attention to the study of theoretical physics,” he said.
“One day there may well be proof of multiple universes.”
“It would not be beyond the realms of possibility that somewhere outside of our own universe lies another different universe. And in that universe, Zayn is still in One Direction.”
He added: “This girl may like to note that in another possible universe she and Zayn are happily married.”

We continue this newsletter with our outline of the UK Russell Group universities.
Here is Part 2. You can also read
Part 1 here.

The university started as School of Medicine and Surgery, established in 1834, and as the College of Physical Science, founded in 1871. It is ranked in the top 200 of most world rankings, and in the top 25 of most UK rankings. It is ranked 161st by QS, 114th by Leiden and 175th by Times Higher Education globally in 2017 placing it in the top 1% of universities.

It is one of a number of institutions that claim to be the third-oldest university in England. It was founded by an Act of Parliament in 1832. The university is currently ranked 4th to 6th by recent national league tables of the British universities and in the top 100 in three of the four major global tables. The Times Good University Guide describes “long established as the leading rival to Oxford and Cambridge” attracting “a largely middle class student body”.

It was founded in 1965 as part of a government initiative to expand access to higher education. Warwick Business School was established in 1967 and Warwick Medical School was opened in 2000. Warwick is ranked 48th overall in the 2015/16 QS World University Rankings, 92nd by Academic Ranking of World Universities, and 80th in the Times Higher Education World University. In 2013 was ranked by QS as the world’s third best university under 50 years old.

The fourth oldest university in the English-speaking world and one of Scotland’s four ancient universities. It was founded in 1451. In the QS World University Rankings Glasgow was 51st in 2013. Glasgow places within the top 20 in the UK and 3rd in Scotland for the employability of its graduates as ranked by recruiters from the UK’s major companies.

Founded in 1883 as the University College of South Wales and Monmouthshire, it became one of the founding colleges of the University of Wales in 1893. The Times Higher Education rankings 17 placed Cardiff 162th in world. In the 2017 QS World University Rankings Cardiff was ranked 137th. In 2013, Cardiff University was ranked as one of the best universities in the UK for supporting LGBTQ students by the charity Stonewall.

The university opened in 1849 as “Queen’s College, Belfast”, but has roots going back to 1810 and the Royal Belfast Academical Institution. The Times Higher Education rankings 2015/16 placed Queen’s 200th in world and in 2014 reported it in the top 25 most international universities. In the 2016 QS World University Rankings Queen’s was ranked 182nd.

Regency Education helps with schools and university applications. Please get in touch for a free consultation on email: contactus@regencyeducation.co.uk