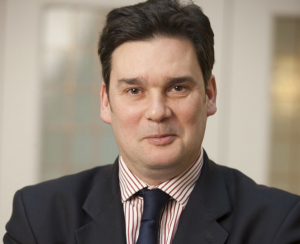 The International Chamber of Shipping (ICS) which represents the world’s national shipowner associations at the UN International Maritime Organization (IMO) says it is satisfied with progress made by governments on a draft GHG reduction strategy for international shipping. This will be submitted to the IMO Marine Environment Protection Committee (MEPC) for adoption next week.

At the conclusion of a critical IMO meeting in London held from 3-6 April, ICS Deputy Secretary General, Simon Bennett commented:

‘What IMO has been attempting to negotiate is a Paris Agreement for the shipping industry. The enormous political challenges involved really cannot be exaggerated.

‘But the goals now tentatively agreed by most governments for short term efficiency improvement, and for midcentury GHG reduction by the sector as whole, should be sufficiently ambitious to provide the signal needed to stimulate the development of zero CO2 fuels, so we can collectively get on with the job of eliminating green house gas emissions from shipping as soon as possible.’

Mr Bennett added ‘The industry is very impressed by the willingness of governments on all sides of the debate to cooperate and compromise. This includes those developing nations with valid concerns about the potential impact on trade and sustainable development.

‘While some further fine tuning of the strategy will be required by the MEPC, it’s vital that those governments who are serious about helping shipping to reduce its CO2 remain loyal to the carefully crafted political package that has now been negotiated and that they refrain so far as possible from reopening major substantive issues – unless they wish to risk unravelling what will be a very significant climate deal covering a major industrial sector that moves around 90 percent of global trade.’

ICS is optimistic that those flag states which control the vast majority of the world’s merchant shipping tonnage will support the high level of ambition which is now proposed, provided that other nations, such as the United States, do not actively seek to derail an agreement during the discussions at the MEPC next week.