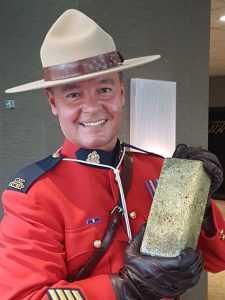 A sergeant-major of the Royal Canadian Mounted Police in Yukon poses for a photo with a 744 troy ounces gold doré bar – a symbol of the untapped riches that remain in the province.

The bar – a semi-pure alloy of mainly rough gold ready for refining – was produced by Golden Predator Mining Corp, an exploration company advancing its flagship 3 Aces Project in southeast Yukon. The project is described by company executive chairman William Sheriff as “one of the most exciting new discoveries in Canada in the last few years”

Investors in London and select cities elsewhere in Europe have been hearing more from Toronto-listed (TSX.V: GPY) Golden Predator, which over the past year has been setting out its stall to the North American market.

City investors were told that Golden Predator, with experienced management and a strong shareholder base, is well positioned for stable development. 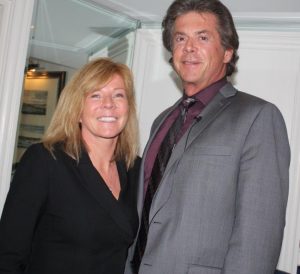 Mr Sheriff and chief executive Janet Lee-Sheriff are the largest shareholders, with a total stake of between 12% and 15%. Other shareholders include Eric Sprott and McEwen Mining, leading names in mining investment. Now the plan is to broaden the shareholder base.

The Sheriffs are husband and wife, but their roles at the company are distinct. “Our desks are this far apart [a couple of metres] but we are so busy handling our respective departments that we seldom have any idea about what the other is [at that moment] doing,” Mr Sheriff said during the London presentation.

A proud moment for Golden Predator was when the couple were joined in a photo of Sergeant Major Doug Spencer of Yukon RCMP holding an impressive gold doré bar, the result of a bulk sampling at 3 Aces. Yukon premier Sandy Silver was among those at the ceremony. Pointing to federal interest in the region, Golden Predator has posted on its website another picture, showing Canadian prime minister Justin Trudeau attending the Yukon Resource Gateway Project Ceremony in September 2017. 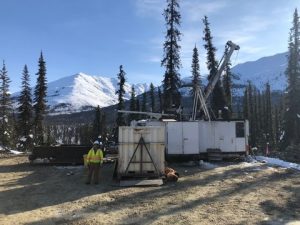 In February 2018 the company completed a C$8.38m financing (all dollar amounts in this article are of Canadian denomination), there is $12m in the bank, and the market capitalisation is $53.3m.

Ms Lee-Sheriff says that when her husband first told her about the property, “he assured me this was the greatest opportunity of a lifetime” and urged her to join him in management.

The area in the southeast of Yukon is blessed with spectacular shows of the Northern Lights, and wildlife including moose and bears, and from a geological point of view, as it was glaciated thousands of years ago, there is little soil to obstruct exploration.

The Sheriffs’ vision was of “big rocks, big drills and trucks excavating everything and a resource able to grade.”

They and their team brought in equipment, permitted and built a bridge in just four months and then constructed 27 km of roads which enabled them to be the first people to start aggressive exploration there. They built a 40-ton-per-day processing plant, which has so far handled just shy of 1,000 ounces of gold. Its ability to secure gold recoveries without chemicals, cyanide and elaborate equipment, crushing just with water and gravity, is considered a huge plus. 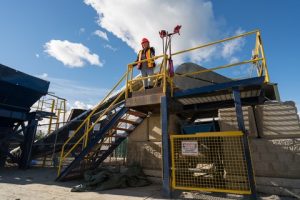 Year-round operation is possible. Winter temperatures can fall to 30 or 40 below zero, but the most challenging time is during the spring melt when surfaces get tricky.

On a 357 sq km land package, the 3 Aces Project – named after three family members whose names all began with A of the man who 10 years ago found the deposit– is a high-grade orogenic vein system.  It hosts the two highest-grade surface outcrops discovered to date in Yukon, says the company. With gold-bearing quartz veins visible at surface on the expansive territory, the project offers district scale potential, it asserts. Orogenic deposits  tend to be very large yet relatively simple metallurgically. 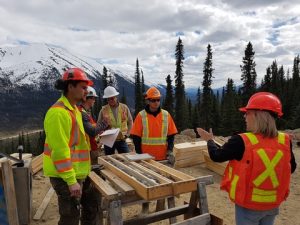 On the aces theme, the explorers have designated their main target areas with suits from a deck of cards – hearts, diamonds, spades and clubs (which historically represent the elements of wind, fire, water, and earth).

In the 13.5 sq km central core area, the company has completed 300 drill holes for 20,000 m following up on  extensive gold-in-soil anomalies with many high grade intersections.

There is a budget of $8.5m for exploration in 2018 in the light that work since August 2016 has established that high gold grades can be reliably and repeatedly drill-sampled, and that these can be expected over considerable distances. Metallurgical recovery is  currently at about 83% and with some equipment installation is projected at up to 95%. 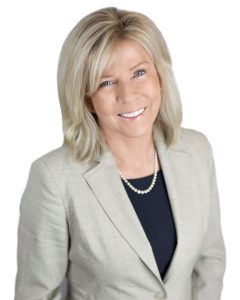 Golden Predator in January 2013 signed an exploration agreement for the 3 Aces property with representatives of the Kaska nation, in whose traditional territories the land lies. (Ms Lee-Sheriff has a long history of working with Yukon First Nations. As founding director of Yukon Mines Training Association, she secured $20m in federal funding for aboriginal mine training).

Excitement over the 3 Aces initiative has put in the shade for now the company’s other main interest, its advanced Brewery Creek Project, which was an open-pit producer from 1996 to 2002. This is described as a low-cost heap leach proposition with a 853,000 ounces oxide resource compliant to Canadian 43-101 regulatory standards. There was a long history of placer mining – panning for gold –there. The company will be working to improve what it considers are the already viable economics of Brewery Creek.

Before founding Golden Predator, Mr Sheriff was co-founder and chairman of Energy Metals Corp, a venture which began with a modest market capitalisation of $1.7m and after compiling the largest domestic uranium resource base in US history was acquired by Uranium One Corp for $1.8bn. An experienced geologist and securities man, Mr Sheriff is also chairman of enCore Energy Corp, and has been a director of several minerals companies.

Janet Lee-Sheriff has 25 years of public, governmental and private sector experience and has served in senior positions with several public companies. Previously, she managed cabinet policy and intergovernmental affairs for the Conservative, Liberal and NDP governments of Yukon, developed the Yukon Economic Forums and organised gold conferences in Yukon, Washington DC and London, UK.