BDI@1,042: Ultra caution amid Geopolitical chaos; and what a splash that was from the American Club! 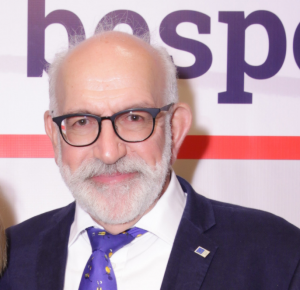 The fall in the Dry markets continues. The Geopolitcs continue to be perplexed and uncertain and the American Club’s splash makes the headlines…. John Faraclas’ brief markets and geopolitics  report:

The BDI (Baltic Dry Index) lost 15 points, a bit of a contained fall…

Minor losses but losses for the Supras and Handies; the BSI lost four points and now reads 1,064, the BHSI lost two standing now at 584…

So what are the gurus forecasting? What are the mega brokers contemplating on the Dry Market? How the Italian crisis and the Greek one AND the Global economic chaos affect and will further affect the Markets? In our second para above we mention “contained fall…” which suggests a possible change or stagnation tomorrow given the markets volatility and uncertainty for better or worse…

The Wets with mixed feelings; the last published BDTI (Dirties) and BCTI (Cleans)  stood at 779 – minus two and 569 – plus six respectively…

The Geopolitics continues to be simply messy; be alerted from the coming tsunami in all fronts…

On another note and tone the American Club’s Posidonia 2018 reception at Attica Riviera’s Akrotiri was more than a success on all aspects.  Markos K. Marinakis – deputy chairman, Vince J. Solarino – president and COO,  and Elias Tsakiris – CEO of American Hellenic Hull Insurance Company (AHHIC) Ltd., delivered short but to the point speeches!

Vince J. Solarino …”alias” Frank Sinatra gave another performance like two years ago raising the spirits of the jovial crowd. Dimitris N. Vassilakis and all that jazz had its day too; excellent! The crowd of two brigades did made the difference until late! Arbitrators, Accountants, Bankers,  Brokers of any kind, Bunker specialists, Charterers, Diplomats, Marine Spare Parts specialists, Shipmanagers, Technical Consultants,  and many many others were there.

Many congratulations also to the American Club’s Greek office executives and personnel for their contribution in making the event a real splash and raising the spirits. Good service also from Akrotiris’ catering personnel!

Have a nice evening and be on guard from any eventuality emanating from Pirates, Terrorists and criminals of any kind wherever you are on Planet Ocean!

Scrubber technology must meet challenges of lifecycle costs and durability