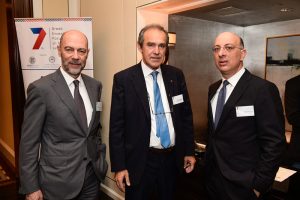 The 7th Greek Investment Forum in New York organised by the Athens Stock Exchange and the American-Hellenic Chamber of Commerce in cooperation with Enterprise Greece, was held on the 19th and 20th of June 2018 and included also various business meetings in Washington and Chicago under the leadership of the Alternate Minister of Economy and Development Mr. Alexis Charitsis and the USA Ambassador to Greece, Mr. Geoffrey Pyatt. 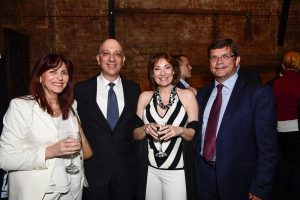 At the Briefing Session, the CEO of the Athens Exchange Group, Mr. Sokrates Lazaridis noted: “From the previous investment forum until today, total liquidity has improved by some 20% with a big participation from the non banking sector that had an increase of 40%. Net profits of listed companies rose to 33% while the participation of foreign institutional investors remained high at 65%. The corporate bond market was enhanced with new issues. Finally, significant improvements were made to the Greek Companies Law reinforcing corporate governance and offering the possibility for new securities offers” 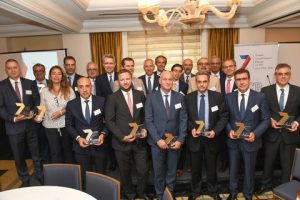 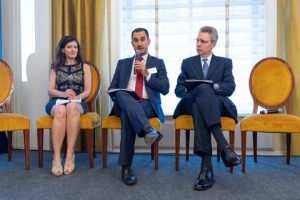 Minister Charitsis, the US Ambassador and Penny Manis, CNN International

The listed companies that took part, in alphabetical order, represented at management level, are: 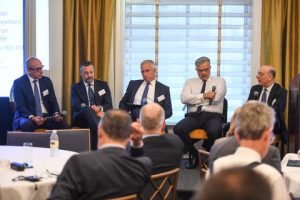