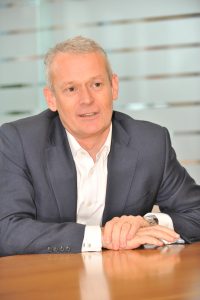 August 13, 2018 – Leading global marine insurer North P&I Club has further strengthened its Greece based team with a number of new appointments and internal promotions, demonstrating North’s continuing commitment to providing the highest standards of service to its local members.

Gagan Dhillon will take over Michael Asherson’s responsibilities for the Greek Membership and lead the claims team based in Newcastle. Gagan, a Master Mariner, first sailed in command of a tanker in 2007 before joining North in 2010 and gaining a First Class (Honours) degree in law.

Michael Asherson will take up a position as partner with leading South African law firm Shepstone and Wylie in Durban and will leave the Club at the end of August. After 18 years with the Club, Michael, a qualified South African attorney and registered solicitor in England and Wales, leaves with our best wishes for his relocation home to Durban and future legal career.

In other internal changes to boost the capabilities of North’s Greek team:

Paul Jennings, North’s Chief Executive Officer, commented “These staff changes, supported by our external lateral hires, represent a major investment in the resources available to our members based across Greece. This investment is in line with our business growth plans and is a key part of our strategy to provide the highest levels of service to our Members in Greece. “