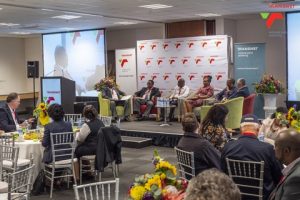 Chief Operating Officer of TNPA, Nozipho Mdawe, outlined various developments lined up for the two ports to enable them to contribute towards the well-functioning and efficient economy that South Africa wishes to create.

“We gained valuable feedback on industry’s plans and expectations of us as a crucial partner to their business. TNPA is looking to meet gaps in the market, by providing facilities that will attract business to the Eastern Cape, and create opportunities for those who were previously excluded from the port system,” said Mdawe. 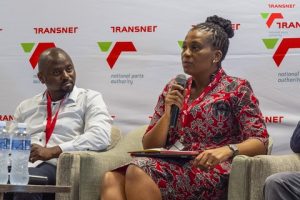 The Eastern Cape – as the fourth biggest provincial economy – after Gauteng, the Western Cape and KwaZulu-Natal – offers tremendous untapped potential for greater participation in the global economy. As Transnet, we have programmes in place to support this. The Ports of PE and Ngqura recently hosted a number of trade delegations, exploring business opportunities in South Africa. 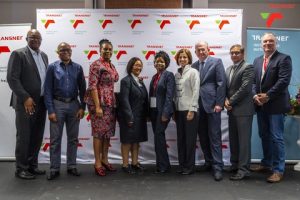 The government’s Operation Phakisa is unlocking the economic potential of South Africa’s oceans to create economic growth and job opportunities through fast-tracked development. In line with this initiative and TNPA’s role as a lead implementer of Operation Phakisa, TNPA has identified ship building and ship repair as a strategic competence for a number of its ports.

The Port of PE is now home to a brand new vessel repair hub that is already showing return on investment. The new facility, which represents a TNPA investment of R200 million, was developed in response to the growing need among the fishing community.

The port also made history with the first plough tug of its kind being built in the port and in SA by Tide Marine Shipyard. It is expected to roll off the production line shortly to service TNPA’s Dredging Services division.

TNPA’s real estate strategy and Section 56 processes seek private sector participation in the ports, aiming to introduce new, empowered entrants. There are exciting opportunities for those looking to do business from premises in close proximity to ports.

Long term development leases are available in Nelson Mandela Bay, attracting value-added services that can benefit port users and customers. TNPA has recently concluded an agreement with a new tenant, Finecorp Trading 113 CC, at the Yacht Club in the Port of PE, serving the yachting fraternity and the greater Nelson Mandela Bay community.

Speaking from a TNPA customer perspective, Steve Kapp (MD, Swartkops Terminal), shared the success story of the terminal established in 2009, offering a logistics solution to the increasing demand for manganese ore exports.

Jane Stevenson (Vice-President, Exporters Club) inspired the audience to be ambassadors for the Eastern Cape economy.

A panel discussion, represented by various Transnet division- and business representatives, discussed challenges and questions from the floor.

Turnchapel Wharf: changing the way maritime autonomy is developed over the next decade