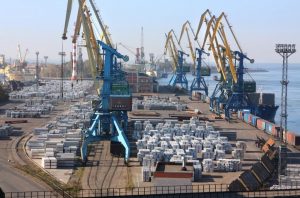 In January-September 2018, companies of UCL Port, a stevedoring division of UCL Holding, handled 27.2 million tonnes of cargo, which is similar to the results of the nine-month period of 2017.

ShipMoney announces new appointments to its operations in Europe