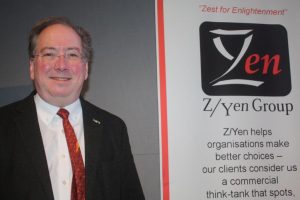 Blockchain, a system that has seen substantial growth in 2018, holds out immense promise for mitigating business and financial risk, a conference in the heart of London’s insurance market heard.

The forecast came at the Long Finance Autumn Conference 2018 – Smart Ledgers (MDLs, aka Blockchains) & Risk. The venue for the November 14 gathering was the Willis Building auditorium n Lime Street.

Blockchain – the term came in as recently as 2012 – is encrypted digital distribution ledger technology, whether public or private. An important part of its potential could be top underpin multi-billion dollar risk for the insurance industry, it was stressed.

Its best known application has been in cryptocurrency such as Bitcoin,, but the last few weeks have seen a series of take-ups ranging from commercial banks to ocean shipping and trading. 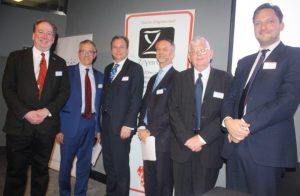 Separately AP Moller-Maersk and IBM have created a system called TradeLens to apply blockchain to transactions. More than 90 organisations are actively involved or have agreed to use the Maersk platform. Including more than 20 port and terminal operators representing some 234 “marine gateways.”

Liner shipping is to the fore in seeing the advantages of seamless standards of documents and data across all stages of the chain. In 2017 insurance broking group Marsh estimated that blockchain could save $300 per container in terms of labour and resources spent processing documents. The overall saving for an 18,000 TEU ship could be $5.4m, the broker foresaw.

Z/Yen Group is a leading City think-tank. founded in 1994 to promote societal advance through better finance and technology, with the slogan “zest for enlightenment.” Long Finance says its aims are to improve society’s understanding and use of finance over the long term, by hosting and promoting lectures, discussion events, and research publications.

Prof Mainelli said that blockchain was about human relations – “stopping people cheating.” He added: “Financial services is built on mistrust.  If we trusted each other, we would not need financial services.”

Uses in insurance could include record- keeping (for example digital certificate of ownership for physical assets), transfer value (such as clearing and settlement of securities), peer-to-peer insurance, and smart contracts, which encoded actions to execute once a predetermined set of events took place.

The conference took as its definition of blockchain “a transaction database shared by all nodes participating in a system based on the Bitcoin protocol.”

Ian Dowson, principal of William Garrity Associates, said that since the middle of summer 2018 there had been “an enormous explosion” in the number and gross value of initial  coin offerings: 1,266 projects and gross value of $20.2bn.

The death of the initial coin offering was much exaggerated, he scorned: there had been 70 to 100 this year. Some 40% of the offerings had resulted in tradeable coins. Judging by the range and complexity of the developments, “something is happening there,” he said, cautioning: “all of this is experimental.”

Mr Dowson said that the mutual agency economic impact of the coins could be very powerful and could connect with real economic value. “Straight-through processing.. . gives you the data to manage the process and establish the risk involved in the capital transactions.”

What was important was “the ecosystem behaviour, communities, networks, trust, flipped business models; not technology or securities.” He insisted: “It goes beyond the coin: payment, process automation, place provenance and data, protocol, P2P connectivity, permissions, assets tokenised or utilised/shared.”

Hybrid financing was starting to emerge: combinations of venture capital, equity from ‘angels’ and listings in new “security token offerings.”

Mr Dowson commented: “Twelve months ago I would have said none of this would have had a chance. Politicians are saying, we have to regulate this.”

He said that over the last 30 years, the insurance industry evolved a sophisticated set of strategies to deal with the cost of rebuilding after natural catastrophes, by offloading some of its catastrophe risk onto the financial markets.

As networked systems got bigger, they became more susceptible to cyber-catastrophe. “It is only a matter of time before a massive failure strikes. And the insurance industry is not ready. No war chest of cash exists.”

Cyber-risk could be pooled with the capital markets in similar ways to other catastrophe insurance, such as wind and earthquakes.

Mr Carter said that the total size of the insurance-linked securities market (tradeable and over-the-counter) was $100bn. Despite the horrors of 2017 in terms of natural catastrophes (hurricanes Harvey, Irma and Maria), the appetite for bonds remained strong, because the returns were very good. From the end of the 1990s to 2005 the value of outstanding securities of this kind grew by an average of 25% annually.  In the first half of 2017, there was $8.4bn of issuance.

He underlined the new scale of business interruption risk: “you have a real issue with [criminal] people taking on a whole network.” He instanced the Great Cannon Of China, the attack tool targeting massive amounts of web traffic; cloud outage; the AWS 2011 outage that put many of Amazon’s customers offline; hardware problems; and the spy chips which some reports (denied) said were infiltrated into Super Micro servers used by Amazon, Apple, the US government, and 30 other organisations.

Mike Wardle, head of Long Finance Financial Centre Futures, and Greg Williams of Z/Yen Group introduced the Smart Jurisdictions Index, which sets out to assess how  jurisdictions have been responding to the growth of distributed ledgers and smart technology, and whether that is reflected in their regulatory and legal systems.

The index is seen as a guide for both investment and regulatory decisions. In future it will be useful to governments, central banks, finance ministries, service providers, entrepreneurs and investors. So far it is in pilot form and covers 48 jurisdictions.

Top of the table is the state of Delaware, and close behind are eight other US states: Indiana, Iowa, Nevada, New York, Utah, Wyoming, Texas and Connecticut. Then come France, Canada, the Netherlands, England, Scotland, Arizona, Germany, Sweden, Switzerland-Zug, Denmark, Australia and so on.

Maury Shenk, managing director of Lily Innovation, speaking to the theme of Information Rules: Smart Ledger Architectures and  Distributed Permissions, said that one of the big challenges of modern markets is permission.

This meant, for example, permission to access a computer system, while ensuring hackers are kept out; or using an asset, while preventing thieves from doing so.

Permission rules that involve concepts of “may” and “should” are hard to apply to computer systems, as they use ‘bits’ that are either true (1) or false (0). This creates a dangerous minefield for the future Internet and global economy, said Mr Shenk. Smart ledgers could provide at least part of the solution.

Permission (or not) to use digital and online resources is at the core of the information economy, but there are major holes in existing frameworks, he continued. There were no widely-accepted standards. There were major cybersecurity issues as more devices came online, for example the Internet of Things.

He highlighted the difficulty of implementing the deontic logic of “may” and “should” (or not) on Boolean devices – those tuned to make straightforward yes or no decisions.

Meeting this technical challenge required an advanced, “third generation” architecture (such as that backed by Cardano Foundation, a smart ledger and cryptocurrency organisation based in Zug). Legal challenges differed by jurisdiction – there were differing cultures in Europe, US, China and India, for example.

Questions raised by members of the audience included concerns about the 60% of initial coin offerings that failed to produce viable tokens, how to regulate the coin sector without destroying innovation, and the lack of innovation funding.

Professor Mainelli has a personal interest in the marine sphere stemming from his love of racing – he and his wife Elisabeth from 1996 to 2017, were involved in restoring the Thames wooden sailing barge Lady Daphne, built in 1923. The Lady Daphne was one of the few survivors of thousands of Thames barges built for the coastal trade.

Coinciding with the conference, Long Finance’s Distributed Futures research announced the publication of three ‘Smart’ reports, sponsored by Cardano Foundation, including the launch of its new Index. 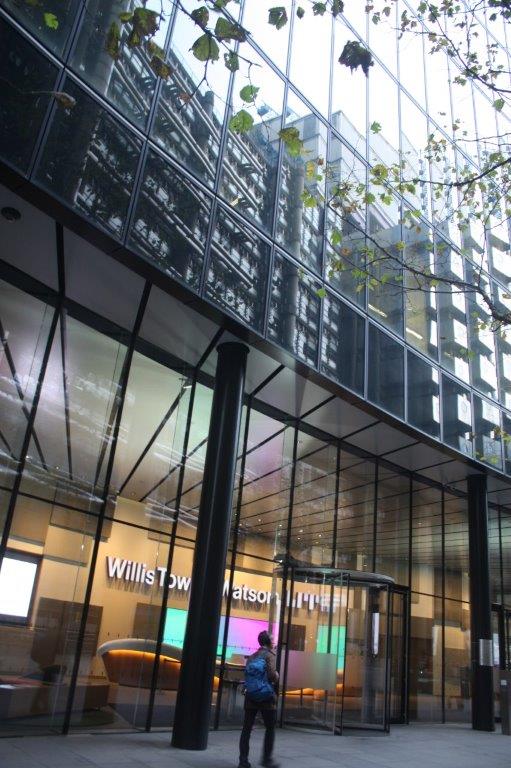 Moody’s suggested that the traditional insurance business model is not yet equipped to meet the evolving expectations of technology-savvy consumers.

“While most insurers are actively adapting to the digital world, the rapid evolution of technology and potential regulatory changes limiting its benefits mean that long-term success is not assured,” said Helena Kingsley-Tomkins, an assistant vice-president analyst at Moody’s.