SCF back in the black in Q3 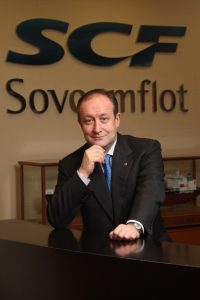 During the reporting period, the tanker freight markets remained in a depressed state as vessel supply continued to outstrip vessel demand. Signs of a better balance have emerged more recently following longer term oil price recovery and worldwide fleet removals over 2H 2017 and 1H 2018. These factors, in part, led to the start of a recovery in freight levels in the conventional tanker fleet towards the end of Q3 2018, and in the large crude vessel segments in particular. The improvement has continued into Q4 2018 and has resulted in a healthy increase in earnings across the Group’s crude carrying vessels, an improvement that is forecast to hold steady in the near term and into Q1 2019.

Financial highlights for the third quarter to 30 September 2018

A copy of the full nine-month and Q3 period accounts, for the period ended 30 September 2018, is available in the Investor section of the Group’s website: www.scf-group.com

Financial highlights for the nine months to 30 September 2018

2The net loss recorded for the nine month period was USD 57.5 million (9M 2017: USD 6.8 million net loss). This includes a non-cash vessel value impairment provision of USD 45.9 million, in the first nine months of 2018, relating to some older crude oil and oil product tankers (reflecting a reassessment of their longer-term value in use, given the historic freight market lows reached earlier in 2018).

“The Group returned to positive numbers in Q3 2018, with continued growth in SCF’s industrial, fixed income businesses. The Offshore and Gas divisional performances remain at the core of the Group’s profitability and earnings performance, contributing now around 60% of the Group’s net revenues. The green shoots of recovery in the conventional tanker market and in the larger crude sector in particular, are encouraging for Q4 2018 and may bring a welcome earnings boost on top of that provided by the Gas and Offshore divisions. Of particular note, we achieved a key milestone in our drive to innovate within the tanker industry with the delivery and the first LNG fuelling of Gagarin Prospect in partnership with Shell, and the project is an excellent example of SCF partnering its client to harness technological innovation to provide cleaner, safer and more efficient maritime transportation services.”

“During the nine month period, the Group completed financing and refinancing transactions amounting to USD 424.0 million in total including a USD 106.0 million long-term facility with Sberbank, to finance an Arctic shuttle tanker and a USD 252.0 million long-term facility with international banks to finance six Green Funnel Aframax tankers. SCF’s long-term offshore and gas businesses increased their TCE revenues by 17.7 per cent and 14.5 per cent respectively in the nine month period, compared with the first nine months of 2017. The company continues to enjoy an exceptionally strong pipeline of future contracted revenues amounting to a total of USD 7.7 billion.”

As at 30 September 2018, the Group’s fleet (including vessels owned, chartered-in, and in joint ownership with third parties) comprised 147 vessels with a combined deadweight of approximately 12.7 million tonnes.

UK Financial Stability – ‘it could be worse’