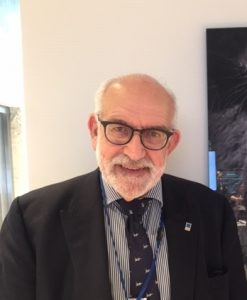 The BDI (Baltic Dry Index) almost made it; keep your breath though… Geopolitics and in particular the Economy …stupid…in disarray. John Faraclas’ brief daily recap:

The fall of the BDI at 1,003 points – minus 20!!! is more than substantial and let’s hope for a mild situation and a relief…

The Capes’ BCI lost 48 points and now stands at 1,002; a very bad and unexplained as yet market condition for a well projected to do the trick in the market as well as in the twenty years to come – as envisaged by its designer and market conditions… CAUTION

The Panamaxes’ BPI fell too; with minus 21 points it now stands at 1,416 points…

Minus one point for both the Supras (BSI) and Handies (BHSI)  now reading 963 and 644 respectively!

The Wets fall was minimal but it was a fall making it a red day for all type of indices; the last published BDTI (Dirties) and BCTI (Cleans) stood at 1,103 down three and 645 minus one points respectively.

The WTI as this lines are being written fell to US$53.35;  good news but… Expect an upheaval with the oil prices and the energy jargon in general!!!

Geopolitically the mess continues with the MIGRANTS making – still, more than waves… See the USA / Mexican border stand-off with the caravan from Honduras and elsewhere, see the arrest demands also of the “Aquarius”, the migrant rescue vessel which made it a mess for all in the summer for a multiple of issues and now the arrest demand comes due to her polluting issues. She’s now in Marseille and the order for arrest comes from the prosecutor in Catania, Sicily! Once again see the happenings on the Aegean Greek Islands and have your say!

BREXIT now begins to shake Planet Ocean’s foundations and will continue to do so for the foreseeable future. All parties concerned – together with business stakeholders from both sides of the Equation and Equilibrium MUST seat down and be fair for the public and its worthwhile concerns!

Italy will also make headlines tomorrow with the expected Brussels reply on its budget!

All main Stock Markets were down… Athens MUST recover too; look for the ships, marinas and tourism to make it worth and bring wealth!

The Wars in Syria and Iraq as well as the expected aftermath, Turkey with its .. “aspirations”, Greece, Cyprus and in general the Eastern Med Balkans region – add the Black Sea too remaining in uncertainty and all are RWA to fight… Caution.

China tries hard, Japan is watching, Putin’s Russia on an aggressive mood, Saudi Arabia – with the Khashoggi saga still making waves in the sand as they say, Iran…

South America and Africa as well as Oceania’s concerns all constitute the puzzle of a bankrupt world ready to fight to the end! 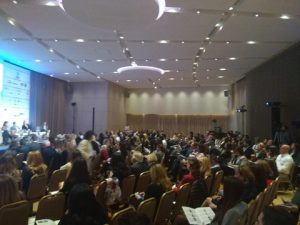 On another tone we had two main events today:

The first one in Athens’ Hilton with the WISTA-Hellas’ Annual Forum titled: “Shipping Sustains the sustainable goals” with a very interesting agenda and Greek speakers  on a “Between-us-basis” – you dead well know what I mean… and rightly so in order to get Greeks …regain their act together!

The two main panels’ subjects whee; panel a) “How companies achieve particular goals set by the UN: Best practices for some of the 17 goals” moderated by Efi Boni fro Face-to-Face Consultans and panel b) “How does the operation and culture of a shipping company or organisation is influenced by the achievement  of the sustainable goals?” moderated by XRTC’s George Xyradakis.

Will revert with additional info latter… 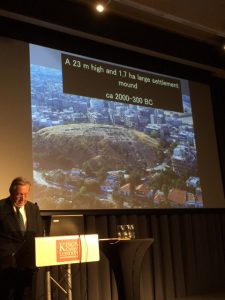 The second event was an excellent slides speech of paramount importance at King’s College London with Professor Emeritus of Prehistoric Archaeology Stelios Andreou from the Aristotle University in Thessaloniki, Greece on “The Late Prehistoric Polities of the Thermaic Gulf: recent archaeological research at Thessaloniki Toumba and the Anthemous Valley”!

Again we will revert with an update…

Will revert before midnight with pictures and news from both as well as for other issues and events; until then be on guard for any aspect emanating from Pirates, Terrorists and any Criminals whatsoever wherever you are on Planet Ocean!

Raising the bar with the ‘New GEA Marine Separator’