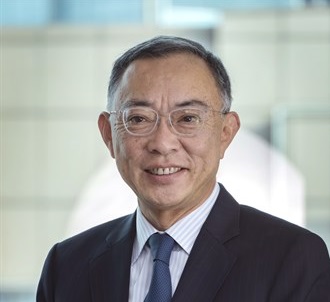 December 3, 2018 – After over 23 years of service, Alan Lo, the Director of North’s Hong Kong office, retired on 30 November. Alan has served the Club and its members with distinction throughout this period and has been a respected ambassador and a good friend and colleague to all at North.

Alan started his career with North in 1995 as Manager of the newly-opened Hong Kong Office and became General Manager, Asia Pacific in 2007 with the opening of the Club’s Singapore office. Alan has been Director (Hong Kong) since 2011.

Under Alan’s leadership, the Club’s presence in China and Hong Kong has experienced more than 300% growth in the past 10 years and the Asia Pacific region now accounts for 36% of the Club’s entered GT worldwide.

At his retirement reception on 21 November, Alan took the opportunity to say farewell to long-standing colleagues and over 100 contacts from the maritime industry in the region.

Alan Lo, Director (Hong Kong) said, “During more than two decades with North, it has been my privilege to work with a wonderful team of colleagues, both in Hong Kong and globally. It is now time for me to step down, but I do so confident that Members will be in safe hands and will continue to receive the same high level of service from the whole team.”

Paul Jennings, Chief Executive of North said, “I would like to take this opportunity to thank Alan for his service and commitment over the past 23 years. He has made a valuable contribution to the strong presence the Club enjoys in the Asia Pacific region today. I wish him a long and restful retirement.”

Alan will continue as a part-time consultant to North until the end of February 2019. Jenny Chu will take over as Manager (Hong Kong) supported by her colleagues Iris Shiu and Katherine Yuen and working in close cooperation with North’s other Asian Offices, in particular Singapore and Shanghai, and the head office in Newcastle upon Tyne, UK.