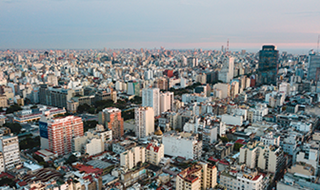 Another year, another G20 leaders’ summit. But memories of Buenos Aires may last longer than for some other G20 meetings. President Donald Trump behaved well. Expectations were exceeded insofar as worse outcomes were averted. There was actually a communiqué. President Mauricio Macri’s disappointing year – in which Argentina rather than seizing the spotlight fell into crisis – may be momentarily forgotten.

Trade stood out as the dominant issue and it was a mixed bag. ‘Fix trade’, as Christine Lagarde, International Monetary Fund managing director, said. The communiqué unfortunately failed to mention the G20 hardy perennial about resisting protectionism. But, surprisingly in the Trump era, it spoke about renewing the commitment to a rules-based international order and the benefits of the multilateral trading system.

The references to that system falling short and the agreement to reform and improve the World Trade Organisation could prove important. There is a consensus view in the US, if not globally, that China – through intellectual property theft, forced technology transfers, massive subsidisation of state-owned enterprises and overall industrial policy – is failing to live up to its WTO entry commitments. The multilateral trading system can benefit greatly if all parties are willing to make serious progress in tackling WTO reform – but it’s an enormous task.

After dinner between Trump and President Xi Jinping, the US declared a temporary truce on tariffs. At least according to the US rendition of events, the two sides will negotiate on the above structural changes over the next 90 days. These structural changes, however, go to the heart of the Chinese economic model. The Chinese government apparently committed to purchase a large amount of US goods – hardly market economics at its finest – to lower the US bilateral deficit. A ceasefire – let us hope not just temporary – is positive, given the alternatives. But US-Chinese expectations may not be aligned. No one should anticipate smooth sailing.

The global economy language, with references to the lack of synchronisation among major economies, geopolitical and financial vulnerabilities and trade concerns, well captured downside risks. But the language on policy responses was a rehash of previous statements. Beyond the trade truce, the biggest economic news came not from Buenos Aires, but in US Federal Reserve Chair Jay Powell’s pre-summit remarks, perceived as lowering the prospect for Fed 2019 rate hikes. That should cheer emerging markets.

The communiqué’s language on low-income country debt, and by implication China’s Belt and Road initiative, was helpful, at least on paper, though a reiteration of finance ministers’ language. The G20 asked the IMF and World Bank to work with low income countries to improve debt reporting and transparency and strengthen sustainable lending practices, problems plaguing the BRI. China has for years been unwilling to join the Paris Club and subject unsustainable Chinese lending to established disciplines. But Buenos Aires reaffirmed – with Chinese concurrence – efforts to expand the Paris Club. This is an area ripe for a win.

Beyond that, the communiqué reflected the usual grab bag. A good discussion of international tax and financial regulatory work will provide a G20 umbrella for Organisation for Economic Co-operation and Development and Financial Stability Board agendas. Disappointingly, the US dissented from climate change language, alas, a repeat performance. No progress appears to have been made on IMF quotas. There was fulsome language on aspects of Argentina’s agenda such as the future of work and food security.

All in all, the Buenos Aires G20 summit was dominated by developments outside the room and the new G2 – the US and China. Europe was meekly sidelined, with the UK consumed by Brexit, Germany facing leadership transition, France grappling with the ‘gilets jaunes’ opposition to President Emmanuel Macron, and Italy confronting potential financial stresses. Isolated on the margins, Russian and Saudi leaders high-fived and perhaps fretted about low oil prices.

Many will argue the G20 isn’t acting like a global economic steering group, failing to make progress on critical issues such as climate, migration and trade, let alone fostering macroeconomic coordination. It thus falls short of its creators’ vision. Others will emphasise the need for modest expectations on large sovereign countries’ readiness to sacrifice perceived national interests for a global good. The G20 at least helps leaders better understand global issues and build relationships that can prove valuable over time and during stress.

Mark Sobel, now OMFIF US Chairman, attended each G20 Leaders’ Summit in 2008-14 in his previous position at the US Treasury, and was a key negotiator for the financial portions of the communiqués. OMFIF again thanks former US Sherpa Caroline Atkinson for joining us in a pre-Buenos Aires Summit podcast.