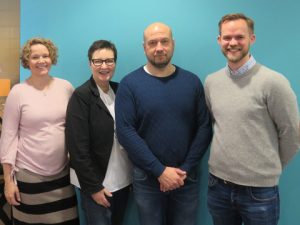 Sitting 300km north of the Arctic Circle, Tromsø is the largest urban area in Northern Norway and serves as a portal to the Arctic. It is a popular port of call for cruise vessels, including those specialising in winter tours to treat their passengers to spectacular views of the Northern Lights (Aurora Borealis). Tromsø is also growing in popularity as a base port for the oil & gas and offshore industries.

In the past two years, GAC has seen a significant increase in activity at the port, following the signing of two new cruise contracts. In 2018, the company handled about 50 vessels calling at the port through a local partner. With that figure expected set to double in the coming 2-3 years, it was decided to establish GAC’s own presence at Tromsø.

The office opened in January 2019, in a new building that forms part of the Siva Innovation Centre near Tromsø’s Breivika Cruise Port. It provides a direct link to the full range of shipping, logistics and cruise support services provided by GAC Norway.

At the helm is Regional Manager Henning Kjøs Lien, who joins GAC after working in Arctic logistics in Svalbard. He says: “The spectrum of GAC services and experience the new office will offer represents an essential addition to the Arctic area.”

Department for Transport launches Maritime 2050, in first ever long-term strategy for the UK maritime sector