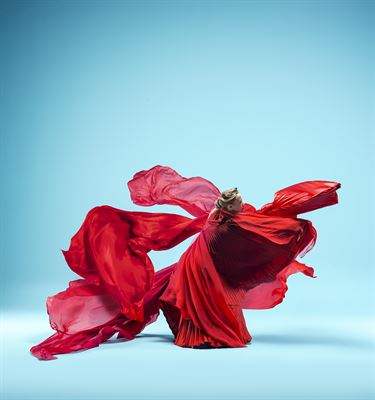 The new queen of the Baltic Sea is scheduled to begin cruising along the Turku–Mariehamn–Stockholm route in two years. Today, we have initiated a recruiting campaign to find a creative project leader with language skills to assume responsibility for the launch of this new, innovative, climate-smart cruise ship. At the same time, we are conducting an open competition to name the new maritime queen.

In 2021, Viking Line will launch its new cruise ship, which will provide passengers with a new type of cruise experience on the Baltic Sea. The ship is currently under construction in Xiamen, China. Once completed, it will sail the route between Turku, Finland and Stockholm, Sweden. Viking Line’s core team is on site at the shipyard to ensure that this near 200-million-euro building project proceeds according to plan up until the last meticulous detail. 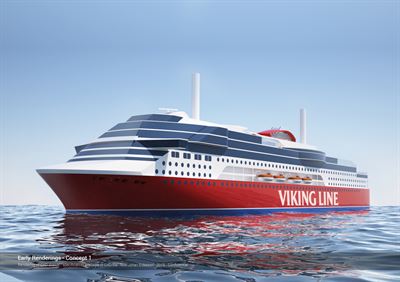 “I would not be exaggerating when I state that all of our nearly 3,000 employees are enthusiastic and behind the launch of this new vessel. As the market leader in the Baltic Sea region, we have gone all out to create the archipelago experience of the future and one that will be as gentle on the environment as possible. We are also investing heavily in the recruitment of a project leader who will take on the responsibility for the launch of the new ship. The project leader’s primary task will be to get the greater public to be as excited about this new ship as we are,” explains Gustaf Eklund, Head of Business Development at Viking Line.

The images for the recruiting campaign reflect the essence and values of the new ship. The project leader must be able to convey this vision to the public in a fresh and inventive way.

“The task is creative, challenging and filled with possibilities for development. If your curiosity has been peaked and you are wondering what it might be like to work together with one of the most innovative companies in the travel industry, send us your application. We are offering a unique opportunity to join Viking Line in taking the concept of travel in the Baltic Sea region into the 2020s,” says Gustaf Eklund.

The new ship will, of course, need a name. Viking Line invites everyone to brainstorm by launching a name competition, which starts today. The main prize for the competition is a luxurious trip on the virgin voyage of the new ship in 2021.

Read more about the duties of the project leader responsible for Viking Line’s new crown jewel, the name competition and the launch.

The Port of Southampton welcomes first passengers to...