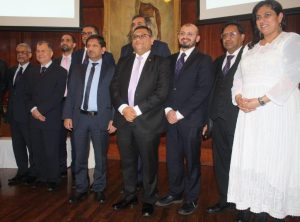 Modernisation of seaport infrastructure is a vital engine of growth for the economy of India, an audience gathered in London for India National Maritime Day 2019 was assured.

This theme was underlined as the Indian Maritime Association (UK) on opened celebrations for the 56th edition of the National Maritime Day at the High Commission in the Aldwych, and for the centenary of a voyage that initiated the country’s modern maritime era.

The association has since March 1984 been to the fore in updating the industry in the UK on Indian maritime matters, exchanging ideas for its development and propagating interest in the sector. Its members are men and women and companies with interest or business connections in Indian shipping. 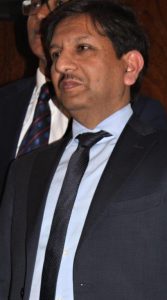 At the April 4 event in London, Deputy High Commissioner Charanjeet Singh highlighted port modernisation and operations and green energy as priorities set out by the government of prime minister Narendra Modi. He said that $60bn investment had already been initiated towards a planned $170bn to be spent on the 12 coastal economic regions.

The prime minister has said that the maritime sector has the potential to power the nation’s transformation, and that efforts for a vibrant maritime sector were inspired by Dr Babasaheb Ambedkar, the great campaigner for the rights of Dalits (so-called Untouchables). He recounted that Dr Ambedkar 1891-1956) gave high priority to Jal Shakti (water power), waterways, irrigation, canal networks and ports.

The deputy high commissioner said that the inhabitants of the Indus Valley civilisation (in the third millennium BC) were adept in trading by sea with territories of southeast Asia and even Europe. Trade was to blossom with the Greco-Roman sphere, a precursor to rising demand in the Western world for Indian goods.

Mr Singh spoke of London as a bridge for the whole shipping industry, and specifically between the UK and India. 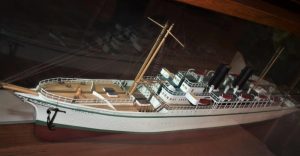 A model of the SS Loyalty.

Association chairman Phillip D’Costa said that the national maritime day, first marked on April 5, 1964 symbolised the voyage in 1919 of SS Loyalty, the first ship of Scindia Steam Navigation Co, from India to the UK: from Mumbai (then known as Bombay) to Liverpool. A fine model of the ship was on display for guests to inspect.

World War I, a conflict in which India had played its part, had finished less than six months before the historic voyage. India had sent some 1.4m men to fight, and suffered 139,000 casualties – it was to endure even greater losses in World War II. In the Great War, India had supplied far more men than any other nation and paid much in terms of economic contribution. 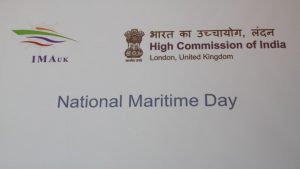 The expectation had been that by contributing to the war effort the nation would be offered a degree of autonomy. Just a week after the memorable Loyaltyvoyage  occurred what is known as the Jallianwala Bagh massacre at the holy city of Amritsar. British Indian Army troops commanded by Col Reginald Dyer fired at peaceful protesters, killing 379 people by the official UK account, many more according to other sources.

The Loyalty voyage foreshadowed substantial growth in Indian shipping. Scindia eventually did a deal with P&O, going on to trade as far afield as Australia, New Zealand and Canada. Today India’s major trade partners include China, the UK, US, Germany and France. 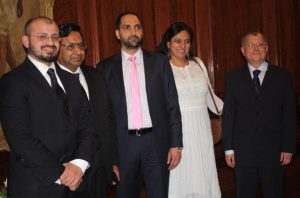 Statistics were quoted by Dr Pritam Shah, director of FICCI, the Indian business federation, showing that India was ranked 16th among maritime countries, Ninety-five per cent of India’s trade by volume and 70% by value uses maritime transport, it was said. Cargo traffic at the 12 major ports was 679m tonnes annually, but beyond this, “we have to focus on the minor ports” of which there are 200. The Ministry of Shipping has what is known as the Sagarmala programme to promote port-led development by exploiting India’s 7,500 km long coastline, and an emphasis on promoting greater connectivity with inland points. Special economic zones are being developed close to the relatively small ports.

According to the Directorate General of Shipping, India has 43 shipping companies owning 1,401 ships with a combined 12.69m gt as of December 2018. There are some 200,000 Indian seafarers.

The theme for the last two national maritime days has been “Indian Ocean – An Ocean Of Opportunity.” 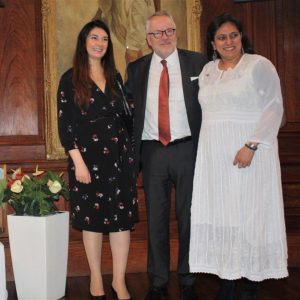 The National Maritime Day Celebrations Committee has conferred the Eminent Overseas Maritime Personality Award for 2019 on Capt Savraj Mehta, chief underwriting officer of North P&I Club. He is a Fellow of the Institute of Chartered Shipbrokers, the Nautical Institute, and the Company of Master Mariners. The award honours individuals for sustained and outstanding contribution to the maritime sector.

Capt Maneesh Varma of the Nautical Institute, treasurer and joint secretary of the association with Akshay Misra of Horn & Co solicitors, thanked the principal organisers of the maritime event including chairman Mr D’Costa, vice-chairman Capt Rahul Khanna of Allianz Risk Consultants, and Monica Kohli of the Gard insurance group.

Deputy High Commissioner Charanjeet Singh joined the Indian Foreign Service in 1996. Before his present assignment, he was consul general of India in Milan.

Mr D’Costa is a legal partner specialising in commercial, fraud, IT and financial services disputes, arbitration and alternative dispute resolution. Among other accolades, he is a recommended lawyer in the Legal 500 of 2019. He has a long family association with Indian shipping: his father, uncle, great-uncle and grandfather worked in the industry. 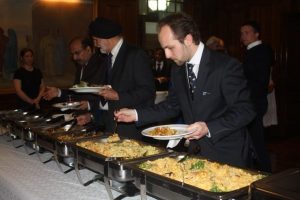 There was no mention of Brexit during the formal presentations, and during informal conversation over a generous buffet of Indian vegetarian and chicken dishes the main topics included speculation about to how much of the Sagarmala programme would be implemented, a perceived more abrasive tone in society in India; recent marine casualties; and the International Maritime Organization’s 2020 sulphur cap.

Kallichoron …occasion for an escape to Astypalaia!