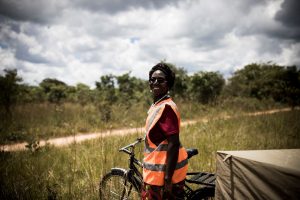 We are delighted to announce the scale up of Transaid and partners’ highly successful MAMaZ against Malaria (MAM) pilot project. This comes after securing matched funding from Grand Challenges Canada (GCC) and the Government of Canada that will allow the project to benefit around four times as many people living in rural Zambia – from 54,000 to 200,000.

Transaid, along with a consortium of partners comprising Development Data, DAI Global Health, Disacare, and Medicines for Malaria Venture (MMV) are working with the National Malaria Elimination Centre (NMEC) in Zambia.

The new project – MAMaZ against Malaria at Scale – follows a 12-month pilot which reduced severe malaria fatality by 96 per cent (from 8 per cent to 0.25 per cent) in Serenje district. This was achieved through effective community engagement, a functioning drug supply chain, implementing an innovative emergency transport system for patients using bicycle ambulances and increased access to key medicines for severe malaria.

Transaid’s CEO Caroline Barber, says: “Together with our partners, this new 18-month project will see us supporting a four-fold increase in population coverage with the potential to reach five districts, 200 communities and 38 health facilities, and save hundreds more lives. The consortium will provide strategic and technical support to NMEC as Zambia transitions to scale.”

The project will continue to see the MAM at Scale consortium working in collaboration with NMEC to procure World Health Organisation (WHO) quality assured Rectal Artesunate (RAS) – used to help manage severe malaria in children less than six years old at a community level before they are referred to a healthcare facility to receive injectable artesunate.

Once a suspected severe malaria case has been identified in the community and RAS administered, the child will be referred to a health facility and transported by bicycle ambulance. During the pilot phase, Transaid’s emergency transport scheme made 1,066 transfers to a health facility – with local volunteers riding bicycle ambulances placed strategically within local communities. 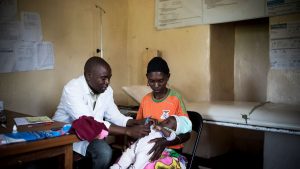 “Malaria can become deadly all too quickly, especially for children under five living far from health facilities,” said George Jagoe, Head of Access & Product Management, MMV. “The dramatic 96 per cent reduction in case fatality achieved by the pilot project, demonstrates not only the undeniable benefit of using RAS and emergency transport in tandem but also the incredible life-saving impact this project could have at full scale in Zambia as well as other high-burden malaria countries.” 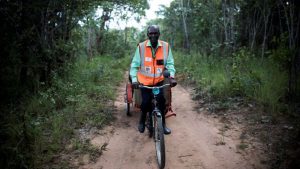 The progress made so far

The MAM@Scale programme is expanding project operations from one to five districts and therefore creating a substantial increase in population coverage. The programme mobilised quickly and there has already been considerable progress made. The team have set-up project offices in Lusaka and in the two “demonstration districts” of Chitambo and Serenje and the procurement of 9,000 packs (18,000 vials) of rectal artesunate suppository (RAS, a pre-treatment drug that gives a child a twelve hour window to reach a health facility) was completed ready for the start of RAS training.

The training phase has also started in earnest. Community RAS training for 31 district master trainers has been successfully delivered as well as the delivery of 18 four-day community trainings for Community Health Volunteers (CHVs) who administer the RAS to children with suspected malaria in their communities. 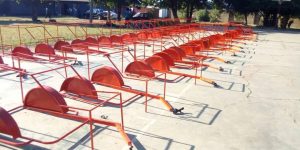 Once a child has arrived at a health facility, they begin a course of Injectable Artesunate (Inj AS). Training of Inj AS master trainers in demonstration districts has taken place as well as the cascade of Inj AS training down to front-line health providers in intervention health facilities. 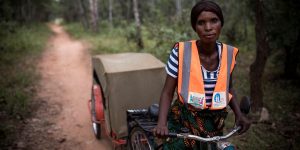 Today some of the team are taking a break from training, and taking part in a National Malaria event to mark World Malaria Day. They will share all of the good work and approaches from MAM@Scale with the Zambian government and other key partners.

Meet Mervis and her mum Priscilla (see picture below). When Mervis was three, she contracted severe malaria. But thanks to the MAMaZ Against Malaria project, Mervis quickly recovered and is now back to her normal self. Read Mervis’ story here. 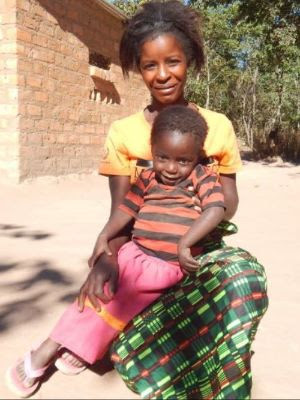 No job, employer or regulator should take away workers’ health, safety and wellbeing

Wallem to implement the Complete Enterprise Solution from BASSnetTM