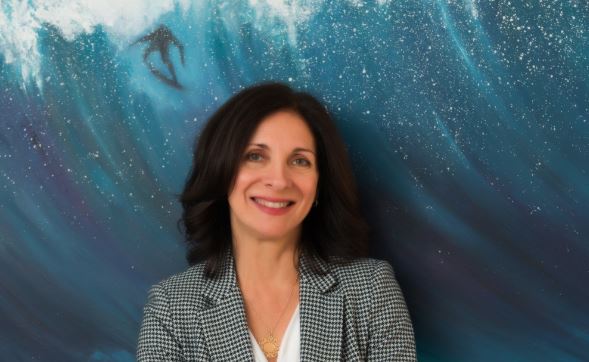 Out of all the changes in the Bunker Industry, few have produced such confusion, anxiety, and yet shed light over the future operations of the industries, as the IMO’s decision to regulate the world’s sulphur emissions has. IMO is in meetings to finalize the regulation details.  But, by January 1, 2020, all ships will lift a new type of heavy fuel oil which has much less sulphur. This means additional costs of training crew and shore personnel while investing more time in documentation and testing besides not knowing if the new fuel is compatible or safe for the engines.  Waiting for IMO to set the official guidelines, feels like the setting up of a chess game.

The story of “IMO2020” has been the most talked about – at every shipping, fuel and economist forums for the last 2 years, where we hear specialists from all spectrums of the shipping industry consulting and prophesizing what will be. In the meantime, the bunker industry heads of both cargoes and oil majors have been quietly researching, evaluating and marketing the new 0.50% max sulphur fuel product, called Very Low Sulphur Fuel Oil (VLSFO).

Most have supposed that IMO2020 will be one of the biggest game changers of both the bunker and shipping industries.

Bunkers is a complex game already, prior to IMO2020.   Since the early 2000’s, bunker brokers and fuel traders obtain bunker prices that are typically hedged and come with serious time validities.  Bunker price offers are subject to change due to crude oil futures changes from minute to minute. If the sales contract is cancelled, for any reason, the buyer pays the differential between the previous and the new price. The differential cost can be as high as $60K and with no physical product exchange.  This means that bunker procurement is not only about buying fuel for vessels.  It is about buying a commodity. This new era in Bunkers is not fresh news.
Regretfully, although many shipping companies have buying “policies”, money is still lost because there is no effective procurement “strategy” in place. Hence, buyers succumb to buying in a “hit or miss” style, as if playing blackjack, while the crude futures levels rise and fall.
OW Bunker bankruptcy taught a lesson which seems to be ignored.  It has been a big story about counter party risks, in late 2014 till 2016.  The loss was overnight due to the sudden drop in crude oil by $80/bbl. It has been an eye opener for those who paid the bunker bill twice, once to the supplier and another to its contractual seller who was linked to the bank.

It is a Cassandra-like prophesy to report double payments will happen again.  But none the less, it is a fact that these markets are cyclical, destroying long-term trusted relationships, bringing once a strong trading company to its knees – to insolvency and yes, it will happen again.

Furthermore, the commodity exchanges have swiftly taken advantage of the IMO2020 induced new fuel product and since February 2019, ICE (Intercontinental Exchange) launched a 0.50% futures contract while  CME group has launched a 0.50% futures as well.  Both settle on the Platts physical 0.50% assessments that commenced on Jan 2, 2019. CME Group is the world’s leading and most diverse derivatives marketplace offering the widest range of futures and options products for risk management.
Ironically, despite the Dodd-Frank Act, there is little regulation on derivatives.  Coining a most befitting phrase made by entrepreneur, Margaret Heffernan, there seems to be a “willful blindness” to these blind spots in the fuel derivative game that this author calls the biggest game of all, “the world-wide casino”.
According to Sheridan Titman<http://www.texasenterprise.utexas.edu/profile/Sheridan-Titman>, contributing writer at TEXAS ENTERPRISE on March 22, 2011, in article,
Reading the Derivatives Markets: Oil Futures Prices May Not Mean What You Think, “ It is useful to think about futures markets as consisting of two types of players: hedgers, such as oil and gas producers that want to reduce their exposures to oil and gas prices, and speculators, including hedge funds and other investors, who make (or lose) money by betting on oil and gas price movements and buying (or selling) futures contracts accordingly. Because of this interplay of interests, futures prices and expected spot prices will differ by an amount that depends on the magnitude of the premium that is associated with the commodities risk exposure.”

American lawyer, Brooksley Born, the sole regulator in the Clinton administration, who had attempted to regulate derivatives, predicted in mid-1990’s, derivatives would be the destruction of the American economy and possibly the world’s.  She has been called the Casandra of the drama and although became the target of bullying by then Treasury Secretary Robert Rubin, his enforcer, Larry Summers, and Fed Chair Alan Greenspan, she was vindicated with the destructions of the world economies from the sharp falls of the derivative markets in the late 90’s and 2000’s.

It is not a prophecy to describe that the above conditions have set the scene for a new era in the financing of bunker credit, all linked to derivative banks.  The credit facilities require more funding which require more insurance against the certain uncertainties of the consistently volatile crude derivative and shipping markets.  Banks, Insurers, Fuel Sellers and Re-sellers evaluate who to offer credit to or not using algorithms, and buying company’s payment performance and reputation to pay within agreed terms consistently and currently is scrutinized heavily.

It is reported by fuel re-sellers and sellers that come Jan 1st 2020, there will not be enough credit available to cover the price increases expected regarding the new product which already is selling in Singapore with a price differential of $120 to 150 per metric ton.  Marine Gas Oil (the alternative choice) price is also expected to rise as demand will increase.

In a Bunkerspot article entitled, “NEW $1 BILLION MACRO FUND WILL FOCUS ON COMMODITIES” Jonathan Goldberg, the founder of energy-focused hedge fund BBL Commodities, with former Goldman Sachs colleague Ben Jacobs launched a fund in March  that trades currencies and equity indices based on commodities trends. One of the catalysts for the creation of the fund is said to be the potential impact of the 2020 0.50% sulphur cap on oil and national economics. The regulation is set to spark a significant reduction in demand for fuel oil which in turn could depress the value of heavy, sulphurous crude oil from countries, such as Canada, where there is a tendency to yield for fuel oil than diesel. ‘What happens to the balance of payments of Canada when your main export product gets less value? And who – which country and currency – does better in this scenario?’, Goldberg was quoted as saying. ‘That is what the fund will be looking at.’

Few see this new era in bunkers as the lighthouse to the new world economy.  The conditions warn of dangers and offer navigational aids to steer away from the upcoming storms. But is anyone on watch and ready to steer ahead ?