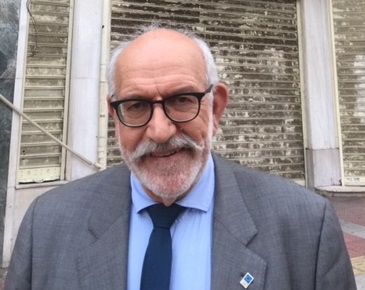 The BDI (Baltic Dry Index) gained ten points earlier on today, thanks mainly to the Capes and to a lesser extent to the Panamaxes amid the approaching Armageddon in all fronts; John Faraclas’ midweek market brief:

All in all an upwards, a positive Dry Market but still not the real steam the hoi polloi expected… Given the Trade War  – and its forthcoming escalation as well as the Containerships fall, things might turn sour for the Dry Market too… Still 1,188 points apart from the end of December 2013 when the BDI stood at 2,247 points; mind me though the BDI’s levels/indices and the current earnings do not correlate with those back in 2013 and beyond…

The Wets with mixed feelings but nothing to excite; the last published BDTI (Dirties) and BCTI (Cleans) stood at 673 -1 and   521 +5 respectively…

The WTI stood at US$ 61.35… CAUTION as things with Iran and Venezuela as well as with the entire Middle East saga might cause turbulences…

The Geopolitics continue their messy course and all rests with the decisions of the superpowers and how they conduct, for a start,  the trade war… then that on land, sea and air…

This a week that the European Union will shake to its foundations with the Migrants and the European Elections which include surprise surprise the United Kingdom – what an “odd” case given that tomorrow BREXIT, soft or hard or NOT happening at all (all things being equal you never ever know). Mrs. May tries hard but almost 75 centum in Parliament are, wrongfully in our humble view, against her. Andrea Leadsom, the Leader of the House resigned a few hours ago over Mrs. May’s BREXIT policy… Let’s see who’s next… The forthcoming developments within the next five years will saw us who was really wrong!

A Warning for the Turkish actions against all of its neighbours but, above all, watch the enfolding Turkish bankruptcy… Ultra CAUTION should be observed!

Cyprus will become yet again the centre of a major conflict, this time for  energy issues; watch it!

The main problem rests with Germany and France and conversely to other economies attached with uncertified strings and booms… to use a shipping expression… Ah! what’s next in Austria…?

We insist on the faulty line from Gib to Afghanistan and from the Caucuses to the Horn of Africa… with the four regions which already produce tensions and hostilities are there to stay – Libya, the ready to explode Balkans, the East / Med – Black Sea region and the inner Middle East which includes Iran now – once again at loggerheads with the USA!

At the other side of the Atlantic president Trump is at odds with the Congress… watch this space! Meantime a great Day today as America celebrates its National Maritime Day!! 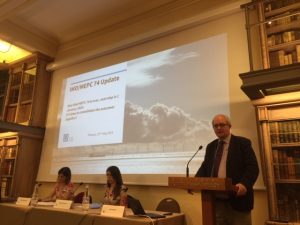 On another tone and note a unique presentation took place by Lloyd’s Register at the Aekaterini Laskarides Foundation building in Piraeus. An update on IMO/MEPC 74 following the end of …”the deliberations” at the IMO in London. The presentations were delivered by Timothy Wilson, principal marine consultant engineer, FOBAS, at Lloyd’s Register and Sophia Themelarou LR’s FOBAS regional operations manager, Europe & America. The four sessions included “MEPC 74 just finished… What’s next”; “ISO and industry support updates”; “Future fuel quality of 0.50% Fuels  preparation Planning outcomes to-date” and “Lloyd’s Register perspective  Sharing Experiences”. The presentations were supported by excellent slides. Seven questions followed with respective electronic voting and there was a sort of debate which continued at the drinks and dips reception at the veranda. Excellent! We will revert with a full report soon!

At the same time another event/seminar was taking place at the Piraeus Marine Club organised by Thomas Copper on Silent Cyber Risks and in particular “…whether one is covered under the policy of attack if cyber risks are not specifically mentioned”! Again we will revert with a brief report.

Tomorrow the biennial WISTA Med begins at the Costa Navarino Resort in South-West Peloponnese and we will bring you news from all four sessions/debates.