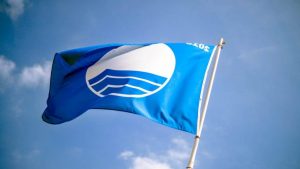 The peninsula of Attica, with its fantastic coastline and the nearby islands of the Argosaronic Gulf, has been blessed with clear blue sea and crystal waters, which Greeks and foreign visitors enjoy every year at its magnificent, organised beaches and coasts.

Proof of the excellent quality of Attica’s sea is the “Blue Flag” award won every year by its beaches, an international accreditation that is given to organised beaches and marinas, which fulfill certain criteria.

Among the 515 beaches and 15 marinas throughout Greece that won this year’s “Blue Flag” international quality award, giving the country the second place worldwide, as it was announced by the Hellenic Society for the Protection of Nature (HSPN), 21 beaches and 4 marinas in Attica stand out, ranking high in the list. With one additional “Blue Flag” compared to 2018, Attica ranks 6th in the list of regions with the most Blue Flag awarded beaches in Greece.

Here is the list of the 21 awarded beaches of Attica:

And these are the 4 awarded marinas in Attica: