Eight port projects in the running for the ESPO Award 2019 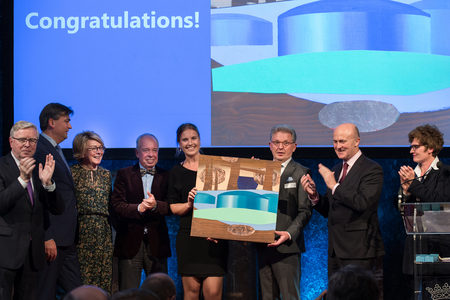 The winners Port of Rotterdam

Eight port projects in the running for the ESPO Award 2019

The ESPO secretariat received eight submissions for the 11th edition of the ESPO Award.

The theme of this year’s editions is “Transparency and the role of social media in reaching out to the local community”.  Using social media as a new way of communicating and demonstrating a high level of transparency about operational achievements, future strategies and environmental challenges and performance is becoming increasingly important for European ports who can only function and further develop if they receive the licence to operate from the local citizens. The ESPO Award 2019 will therefore award the port authority which has developed a successful strategy to reach out to the local community and is succeeding in directly communicating with the port citizens.

ESPO members could send their applications until Friday 28th June.

The following eight applications will be competing for the ESPO Award 2019:

The ESPO award winning port is selected by an independent jury of international experts, under the Chairmanship of Pat Cox, former President of the European Parliament and TEN-T coordinator.

The winner will be announced at the ESPO Award Ceremony and Dinner taking place on 13 November at the Albert Hall in Brussels.

These skippers from elsewhere