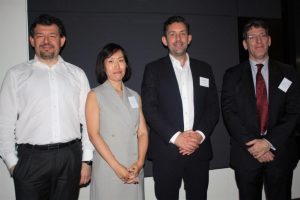 As China pursues its Belt and Road initiative, spanning 66-plus countries, it is officially taking the protection of intellectual property rights extremely seriously.

Despite this, foreign businesses dealing with China, in sectors ranging from maritime to advanced IT, should be careful to protect themselves from infringements of patents, copyrights and trademarks.

This was the message from a Clyde & Co panel of experts at a seminar at the London headquarters of the law firm focusing on “the changing IP landscape in China and the Middle East and what it means for European IP owners and practitioners.”

The team said that Chinese interests are filing a huge number of applications for rights protection as their country expands its investments in Europe – notably in the UK – and in the Middle East and Africa. The lawyers spent much of the seminar offering advice on how to deal with the  menace of  transgressors. 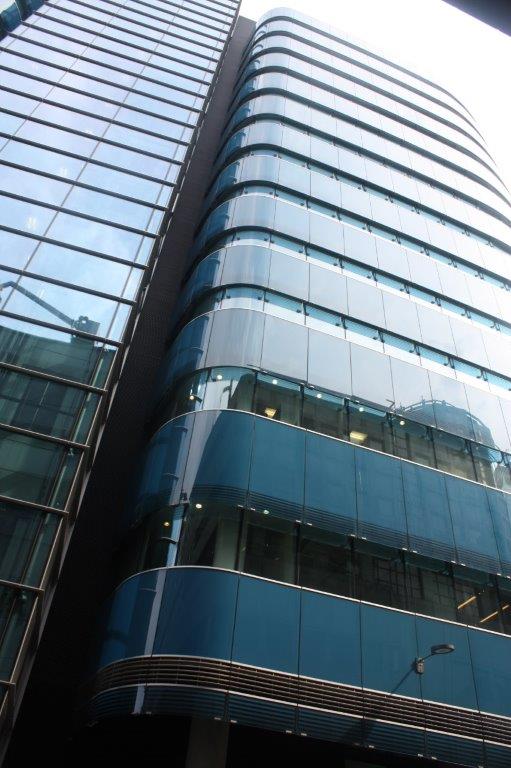 Mr Papageorgiou said that the Belt and Road Initiative will see China export goods, services, technical standards, policies and especially its IP philosophy. The flow of goods and services from China, through the Middle East and into Europe, coupled with the investment in infrastructure along those routes, means a re-think of IP strategies to adapt to the changing landscape

The initiative was “not magic from an IP perspective.” It was important to protect rights at origin and destination points and invest in border-measures.

CM2025 was introduced in May 2015 to transform new and traditional industry into a leading global manufacturing  power. It aims to enable China to influence global standards, supply chains and drive innovation.  It has specific objectives to 2025 and more general objectives all the way to 2049. Step 1: to 2025, Step 2: to 2035, Step 3: to 2049.

With Chinese companies facing outward, IP services were needed in key route and destination countries, including the Middle East and Africa, Europe and especially in the UK. This means we should expect greater internationalisation of brands and concentration of patent prosecution and disputes in the priority sectors and key Belt and Road locations, said the Clyde & Co panel.

A key context is the troubled US-China relationship in which the Americans, alleging large-scale intellectual property violation, have been pressing for stronger IP commitments and enforceability.

Chinese president Xi Jinping declared at the April 2019  Belt and Road Forum that his nation “will intensify efforts to enhance international cooperation in intellectual property protection. Without innovation, there will be no progress. Full intellectual property protection will not only ensure the lawful rights and interests of Chinese and foreign companies; it is also crucial to promoting China’s innovation-driven and quality development.”

The Clyde & Co team drew attention to the scale of Chinese investment  and construction in Europe. In the period 2005-2018, the UK attracted more of these than any other country, in excess of $80bn; followed by Switzerland, Germany, France, Italy, Netherlands and Greece., according to the American Enterprise Institute. The UK had benefited by Euro42bn of investment, twice the level of Germany. “China has not just bought British, it has invested and… I think this is good news for us, given the Brexit situation,” said Mr Papageorgiou.

“China itself has something to offer, and something to lose if its IP rights are not respected,” the legal experts insisted, saying that China is being really serious in protecting IP. “There are a lot of worse places” in that sense, it was said.

The number of patents granted in China peaked in 2016. When two years ago the fees were halved, there was a big bump up in applications.

China has a whole plethora of IP rights, making the country one of the best jurisdictions along the Belt and Road routes, it was said.

Translations have become critical, as an increasing number of Patent Co-operation Treaty (PCT) filings come from China:  The treaty assists applicants in seeking patent protection internationally for their inventions, and facilitates public access to technical information relating to those inventions. By filing one international patent application under the PCT, applicants can simultaneously seek protection for an invention in many countries.

Clyde & Co warned against trying to save on translations which could result in rights being unenforceable. The firm advised reverse-translating important patents and seeking infringement advice based on the local Chinese-language patent. A higher standard appeared to be applied to foreign filings, but this was not a ‘strategic conspiracy.’

In addition to the priority CM2025 sectors, one should expect more filing along the BRI pathways in software, business methods,  connectivity and ‘industrie 4.0’ (the name given to the German initiative to establish that country as a lead market and provider of advanced manufacturing solutions, of the so-called fourth industrial age).

A total of 334,961 litigation cases was filed in 2018, up from 213,480 the previous year. Businesses should be prepared for vigorous defence by infringers: “expect infringers to have their own rights, sometimes quite legitimate, if maybe narrow,” was the advice. Search infringers’ rights before taking any action.

Customs recordal was essential and could include customs patents. One should prepare for additional powers of patent administrative authorities in a new patent law (the 4th Patent Amendment) due to come into force in November 2019.

Mr Deans referred to multibillion dollar investments under the BRI in trading hubs, including a $300m deal in Abu Dhabi as the Middle East hub. This involves an alliance between Cosco and the UAE capital’s Khalifa Port, which would make it one of the biggest ports in the Gulf.

He said that in the Middle East there was no equivalent of EU directives or regulations regarding intellectual property rights. Legislation was drafted at Gulf Cooperation Council level, with each state left to adopt the legislation … or not.

There was variation in approach to trade mark law across the region.

The Clyde & Co team summed up that businesses should be aware that the “movement in trade and related IP rights is from East to West not West to East.”