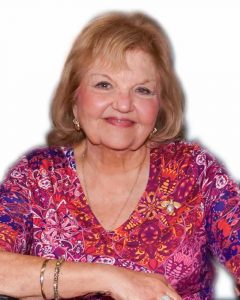 BSY Associates Inc. Marks 45 Years as Premier Marketing Communications Firm Specializing in Logistics, World Trade and Transportation Industry
Agency founder Barbara Spector Yeninas broke new ground when launching first female-owned maritime-focused public relations firm in 1974
CRANFORD, NJ, AUGUST 1, 2019-Some 45 years ago, Barbara Spector Yeninas, a woman literally floating around in what was truly a man’s world-ocean shipping-took a risk. Seeking a short-term step on her career path from maritime journalist, she established BSY Associates Inc., a woman-owned public relations agency at a time when females were rarely seen on the waterfront.
BSYA started as a PR and advertising agency, quickly expanding into industry event planning, association management, crisis communications and design. Today, BSYA embraces the disciplines of branding and integrated marketing communications to deliver business results that continue to exceed expectations for clients throughout the world.
An award-winning enterprise, BSY Associates Inc. is reportedly the agency with the longest continuous global history of covering whatis now called logistics, world trade and transportation and a legacy of longevity with a stellar list of clients.
On that August 1, 1974 it was a Thursday; Richard Nixon was still President but was just eight days away from resigning; the temperature was 88; the most popular baby names were Jennifer and Michael; the number one song was Annie’s Song by John Denver. And on that day, Yeninas decided to fill a need she recognized during her daily newspaper career and a yearning to run her own shop.
“At industry events, I would be the only woman in attendance-not an enviable position when the only other female around was the entertainment, usually a stripper,” she recalled. “To say that political correctness was not a priority then would be an understatement.” Barbara perceived herself a feminist but when women were burning their bras in Atlantic City, she was covering a longshore wildcat strike at Port Newark. “My actuality was to live it, not just talk about it.”
“We started as a communications company explaining and covering the nascent container shipping revolution as it was unfolding before our eyes,” says Ms. Yeninas. New boxy ships were being built, containers were appearing on our rails, roads and the seas, and a vast number of new products from around the world were becoming more available on American store shelves. It was the biggest thing to happen to shipping since sail turned to steam.
“I saw a role for what we could provide. This is a meat and potatoes industry and those involved were making decisions about billions of dollars of investment in ships, equipment, terminals and training,” said Yeninas. “They did not have the time or inclination to get involved in the nuances of promoting themselves. We were there to do so. I hitched up my skirts and went for it.”
More and more women became involved in international trade and Barbara Yeninas was there to mentor and advise many of them. Now headquartered in Cranford, NJ, BSYA was founded in Essex County, NJ and moved to Holmdel for 15 years before settling in its present location-always near to where the maritime industry was moving in the metropolitan New York area. Clients have a history of longevity with the agency. A major worldwide containership carrier was represented by the agency for 43 years; BSYA was North America port representatives for Germany’s Port of Hamburg and the NY/NJ Foreign Freight Forwarders and Brokers Association both for 18 years; the Containerization & Intermodal Institute, now in its 34th year; and the United Seamen’s Service Admiral of the Ocean Sea Award, now in its 41st year with BSYA as event coordinators, among others.
Along the way, Yeninas notes that she has had the good fortune of attracting talent and mentoring people who have come through the agency and have gone onto their own successes. Lisa LoManto Aurichio, now president of the agency, spent five years in the 1990s working with the BSYA team, went off to gather outside experience and returned five years ago. “Lisa returned and I saw my succession plan,” says Barbara. She has great leadership qualities and is talented, smart and professional.” Anna Maria Paniscotti Hubner, also a previous employee, has also returned to the team, Yeninas says, which also includes June Chin, who holds a law degree, who is an Accounts Supervisor, and others.
What’s different now? Barbara met and married an editorial cartoonist she met on her newspaper picket line. Yes, there was a strike just before there was BSYA. They have two grown daughters and two sons-in-law from central casting. “Joe knew the wife and life he was committing to,” she laughs. The agency has received awards for business-to-business communications and Yeninas herself, an NYU graduate, was named NJ Businesswoman of the Year in 2000 and one of the top 50 Businesswomen in NJ in 2007.
With mergers and acquisitions the number of ocean carriers is greatly reduced but for an industry slow to embrace technology, it is going full speed ahead now and that has opened opportunities for expansion. “We look forward to our 50thanniversary but more importantly we aim to remain relevant and continue to turn out great work for our clients and our potential clients” said Yeninas. “Personally,” said the grandmother of seven, “I’m determining what I want to do when I grow up.”
About BSY Associates Inc.
BSY Associates Inc. (BSYA) is a full-service public relations, marketing communications, advertising and branding agency. The agency takes on challenges large and small with the same passion for excellence.  With nearly five decades of in-depth experience in the international transport and shipping industries, BSYA exceeds clients’ expectations with its expertise and entrepreneurial cultures second to none in the world. The company was founded in 1974 by Barbara Yeninas, once a maritime journalist, and has handled promotional work for global companies representing container shipping, port and terminals, forwarders, importers, exporters, technology developers, railroads, trucking companies and the full range of industry sectors.
BSY Associates Inc.
0 comment
0
FacebookTwitterLinkedinEmail