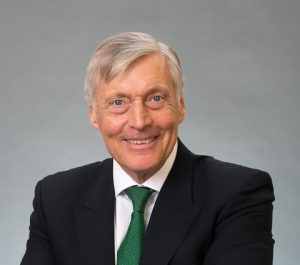 NEW YORK, AUGUST 1, 2019:  Eagle Ocean Marine (EOM), the American Club’s fixed premium P & I and FD & D facility, recently completed another year of steady growth and solid profitability.  It has also renewed its reinsurance program for another twelve months from July 1 on favorable terms at Lloyd’s.  Its consistently strong operating performance, together with an established reputation for service excellence, augur well for EOM’s continuing success over the years ahead.

EOM offers attentive, competitively-priced Protection and Indemnity and Freight, Demurrage and Defense insurance to the operators of smaller vessels, typically those in local and regional trades, who prefer a fixed premium approach to their P & I needs.

It provides the benefits of American Club primary cover and service capabilities, co-venturing the first layer of insurance protection with underwriters at Lloyd’s on a quota-share basis.  Lloyd’s syndicates also participate in the facility’s excess reinsurance arrangements for limits up to $500 million per risk.  In this way, EOM offers the unsurpassed levels of service associated with an International Group club, underpinned by the impeccable security of reinsurance at Lloyd’s.

EOM insures ships from all over the world except the United States.  It enjoys a strong presence in Asia, approximately 43% of its business currently being derived from Northeast Asia and 41% from South and Southeast Asia.  However, its share of the market in Europe, the Middle East and Africa has also grown over recent years, and now accounts for about 13% of its total portfolio.

EOM’s premium income has advanced steadily since it commenced operations in 2011, its compound annual growth rate being almost exactly 15% over the period.  Moreover, the insurance year just concluded featured a topline increase in revenue of approximately 42% over the previous twelve months which was itself 16% higher than the year before.  Total premium revenue for the year to June 30, 2019 was in excess of $13 million, a record.  It is expected that income will continue to grow over the forthcoming twelve months and beyond.

At the operating level, the last several years have enjoyed consistently good results.  The incidence and severity of claims have remained at moderate levels, reflecting a prudent policy of risk selection and premium pricing, notwithstanding a highly competitive commercial environment.  Since it commenced operations in 2011, EOM has generated an aggregate combined ratio of under 70%.  This, together with confidence in EOM’s prospects generally, informed the recent favorable renewal of its reinsurances, with several new underwriters joining the program.

In April, Chris Lowe was appointed as EOM Senior Marketing Business Development Liaison, Despina Beveratou assumed the role of Claims Liaison Manager and Jamie Baggett assumed the position of EOM Marketing and Business Development liaison.  All these existing members of the EOM London team were well-known both to EOM’s and the American Club’s business counterparts, having worked in the London liaison office for several years in related roles.

In addition to these changes, Simon Collins has continued to fulfill his important duties as consultant to the Managers in their London office.  A highly regarded P&I professional with unmatched industry experience as both underwriter and broker, Simon will continue to have a vital role in the development of EOM-related business in that office, as well as in regard to its affairs generally.

Further key appointments are expected in London on the claims liaison front over the weeks ahead and, from a business development perspective, in Hong Kong over a similar timeframe.  Further announcements in this respect will be made in due course.

Speaking in New York today, Joe Hughes, Chairman and CEO of Eagle Ocean Agencies, was thoroughly upbeat:  “We are very pleased to report that EOM continues to enjoy a strong operating performance.  Its increasing market share and steady profitability speak to a very promising outlook over the years ahead.  We remain determined to make EOM a growing success for all its stakeholders:  its insureds, the American Club, its reinsurers and its many other business associates.

“We have been particularly pleased to enhance EOM’s service capabilities in recent months through the promotion of existing staff and the recruitment of new talent.  Our EOM team enjoys the highest of reputations within the market, and its continuing success is very much a reflection of the people we have in place to service EOM’s business throughout the world.

“We continue to take the long view when it comes to growing EOM’s position in the market.  We will not lose sight of the need to apply careful risk selection, sensible pricing, effective loss prevention and unsurpassed claims service in building EOM’s reputation in the future.  Inspired by the traditions of classic P & I mutuality, EOM will continue to occupy a special place in the fixed premium domain for all those who desire a high-quality approach to their insurance needs.  We are confident that EOM’s business model will enjoy increasing success over the years ahead”.

The IMRF Awards 2019 shortlist is announced