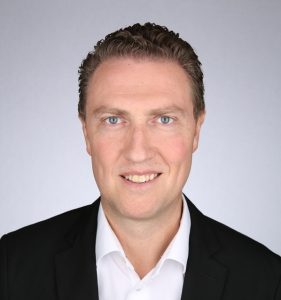 Captain Dahlgren’s responsibilities span across six cruise brands with offices in Miami, London, Hamburg, Madrid and Shanghai. His seagoing experiences started as a bridge officer with tugboats, yachts and an array of cargo vessels and ferries. He rose through the ranks with over 15 years onboard Royal Caribbean International cruise ships with his last seagoing command being Master of Oasis of the Seas and Quantum of the Seas and was responsible for the final launch of the Quantum Class.

Patrik is a firm believer in giving back to the community, starting with his drive and passion for the United Nations 17 Sustainable Goals. He is personally involved with Gender Equality #5 where he is responsible for raising the percentage of female bridge officers from 5% to 20% in 12 months.

“More women than ever are entering the maritime industry. Being an industry leader in diversity, we continue to focus our efforts on attracting, supporting, and growing our woman talent pool,” said Captain Dahlgren. “Expanding on the talent available is not only the right thing to do from a gender equality perspective but also good for the industry. Ignoring a growing gap in the talent pool means that we are ignoring 50% of available capable talent. Celebrity Cruises and RCL look to provide ongoing opportunities to women in these roles as this industry continues to grow, and I very much look forward to having this conversation at the conference.”

Other industry professionals slated to speak at the Conference include Lilia Khodjet El Khil, Project Technical Manager for the International Maritime Organisation (IMO) who will talk about GloFouling Partnerships, a joint project between the IMO, United Nations Development Programme (UNDP) and the Global Environment Facility (GEF) to address the transfer of harmful aquatic species in some of the developing regions of the world through biofouling – fouling of pipes and underwater surfaces by organisms such as barnacles and algae.

International hostage negotiator Suzanne Williams will speak on the topic of Business Negotiation in A Global World as well as moderate a panel on doing business in a global world while Jodi Munn Barrow, Secretary General, Caribbean Memorandum of Understanding on Port State Control and Jennifer Nugent-Hill, Director of Governmental & Community Affairs at Tropical Shipping USA will discuss Empowering Women in the Maritime Community: Diversity/Gender Bias.

“I am inspired daily by the awesome women whom I have the privilege to call my colleagues across this vast maritime industry. These mighty women of courage who push through the challenges of the workday using their leadership skills and talents to increase profits, proving the idiocy of barriers such as the lack of gender inclusivity in organisations,” said Ms. Nugent-Hill. “I am also encouraged by the strong and open-minded men who are champions for diversity and have recognised that effective leaders exist in both genders and have willingly provided a seat at the table, on the deck or at the helm of the ship for women.”

This is the first time that Cayman is hosting the AGM and Conference which will bring over 200 maritime experts from 30-plus countries. The theme for the conference is “Founded Upon the Seas” and the event is sponsored by Maples Group, Port Authority of the Cayman Islands, NetClues, TotoTheo Maritime, Cayman Registry and Jones Walker.