New President and Board of Governors for the Propeller Club 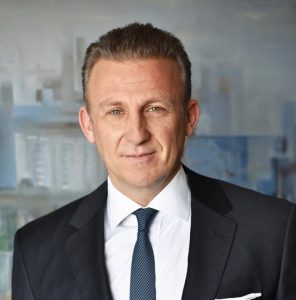 New President and Board of Governors for the Propeller Club

Costis Frangoulis takes over as President of the Propeller Club and sets goals for the club to continue its work with strength and vision, with the valuable assistance of the new Board of Directors.

“I consider this position as an honor and, together with the Club’s Governors, we will do our best to continue the successful course of the Propeller Club. Giorgos Xiradakis has given the Club a new impetus and deserves our congratulations on his extremely important work”, Costis Fragoulis said after his election.

The General Assembly and the elections to appoint the new Regular Members of the Board of Directors of The Propeller Club, was held with great success and the highest ever level of participation, on Thursday, 19 September 2019.

The elections for the new Board of Governors followed on Monday, September 23th, 2019.

Costis Frangoulis, the highest ranking candidate during the elections and newly elected President of the Club, referred to the diverse skills needed, the collaborative teamwork and the commitment demanded by the Club’s goals in order to achieve significant results.

The new Executive Board Members, elected to a 2 year term, are:

The further 11 Governors of the new Board of Directors, in alphabetical order, are:

Newly elected Governors are denoted by an asterisk.

A win for mental health with Synergy technology award