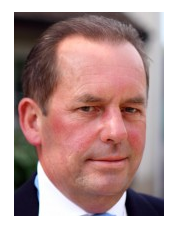 The International Institute of Marine Surveying has written an open letter in the form of a Press Release to the worldwide yacht and boat manufacturing industry to stimulate debate on the subject of latent defects in the sector:

“All worldwide manufacturing industries fundamentally face the same basic key challenges. They must be competitive within the markets they operate in, which requires them to produce the best possible products within strict financial constraints, ensuring they make a profit to enable them to continue to invest in research and development to create new products. 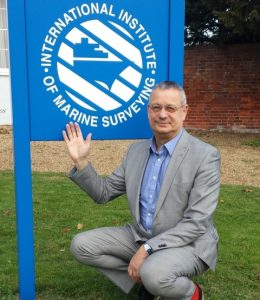 Some manufacturers through choice approach this challenge by producing the best possible high-quality product with a top end price. They have a well-defined strategy of selling less units using a marketing approach to create a unique market position and a cachet around the brand. Put in simple terms, at the top end are the elite where only a limited amount of a product is manufactured with a high price tag. At the other end of the scale are the mass-produced, low-cost products with a throw away price tag by comparison.

However, no matter which end of the scale they are at, all manufacturers have a duty of care to their customers and end users to manufacture a safe product, which meets recognised quality criteria and international standards. In the European Community that is the CE mark and around the world there are many others existing. The protection these marks offer to the buying public is the assurance that what they are purchasing has been produced to a known standard and therefore should be safe to use.

Looking at domestic machinery in the UK for a moment, it too must meet certain standards and regulations in two principal areas:

With domestic machinery, the White Goods Trade Association states that domestic appliances are usually designed with a Mean Time To Failure (MTTF) rating. Television manufacturers often publish these, although some choose not to. A cheap washing machine may have an MTTF of 600 hours whereas an expensive one may well exceed 10,000 hours.

Motor vehicles have a range of high-quality standards too. Euro NCAP introduced the overall safety rating in 2009, based on assessment in four important areas.

The overall star rating was introduced to add more flexibility to the previous ratings scheme which had been in use since 1997.

In the UK the vehicles sector has the Government Agency (DOT), the Vehicle Standards Agency (DVSA) or (DVA) to check standards.

The UK aircraft sector has the Government Agency (DOT) and Civil Aviation Authority (CAA) to check standards. Other countries have their own standards too. Generally speaking, civil aviation worldwide has the highest levels of safety. Basic international regulations are set by a United Nations body called the International Civil Aviation Organisation. Individual national regulators then take these regulations implementing and enforcing them in their own country. They may also add to them to further raise safety levels.  Within Europe much of the safety regulations are set by a European Commission body called the European Aviation Safety Agency. This means there is a common set of requirements across Europe. National regulators, such as the UK CAA, then use those requirements to regulate civil aviation locally.

Turning to the marine sector. Recreational Water Craft, as they are classified, now have the European Recreational Craft Directive (RCD).  Commercial vessels have the Maritime and Coastguard Agency (MCA), recreational and workboats <24 metres that are used for commercial purposes have the UK Certifying Authorities to check on design, stability and construction.

The RCD is a European Directive which sets minimum requirements for a boat that guarantees its suitability for sale and use within the European Union and EEA.

The RCD (2013/53/EU) became the current legislation for the CE marking of boats from the 18th January 2017. There are several additional supporting documents published by the Notified Bodies’ Recreational Craft Sectoral Group (RSG) guidelines and the European Commission (EC).

Common sense must prevail; for example, the life expectancy and indeed the suitability of a product is to a degree dependent on its use. A family saloon is not a suitable vehicle to drive across muddy fields and rough terrain in and a tractor is of little use on a motorway.

This is all well and good; however certain models of cars and domestic appliances are often recalled by manufacturers due to latent defects, which have subsequently come to light following production and placement on the market.  There have been several high-profile examples of recall campaigns in recent years involving thousands of tumble dryers, fridges and vehicles. The key difference to point out is that if a family saloon starts to smoke and catch fire, the occupants can pull over to the hard shoulder and get out of the car. If a washing machine or tumble dryer overheats, it can be switched off, but if the rudder breaks or the keel falls off a yacht in mid Atlantic, there is little one can do. Lives are therefore put in danger and at risk. Arguably, the only other industry which has similar risks associated with it is the aeronautical industry, where mechanical failure often leads tragically to loss of life, but water craft are not subjected to annual vehicle MOT inspections or CAA inspections.

Some marine industry manufacturers take their responsibilities seriously. As soon as a latent defect comes to light, they inform the purchasers. Repair teams are dispatched around the world to rectify the defect before any serious incident can take place. Others, however, deem it acceptable to wait for individual purchasers to bring each example of a defect to their attention before taking individual action – in effect a damage limitation attitude and approach, which is not good enough when the safety of life is potentially being put at risk.

All too often marine surveyors find defects in a vessel and the next time they inspect another vessel of the same type they know what they are looking for and quite often find the same defect and can advise accordingly. But this is a very hit and miss approach.

The International Institute of Marine Surveying has written this open letter because it feels duty bound to bring these issues to light and to be pro-active in helping to spread the word and stimulate debate.  But what the institute would like to see more than anything else is the worldwide yacht and boat manufacturing industry coming together to act responsibly at all times in the way it treats latent defects with their products, those which they are either already aware of or are subsequently brought to their attention later by users.”

Brexit | What the tourism industry needs to know