Markets still down and Geopolitics will turn things upside down… 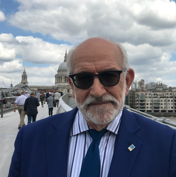 Markets still down and Geopolitics will turn things upside down…

The BDI (Baltic Dry Index) was up for the day but down on weekly basis. Geopolitics do turn things upside down and will continue to do so indefinitely. John Faraclas’ daily and weekly recaps:

Further drops by the Panamaxes; the BPI lost 53 points and now stands at 1,695 points losing the 1,700 points-threshold… On a weekly basis the loss was considerable, 145 points lost from last Friday’s 1,840 points… CAUTION…

The Handies lost six points with the BHSI reading 631 points. The weekly loss stood at 20 points – down from 651!

So all in all, despite the positive hiccups over the last two days the Dry market is still down as only the Capes had an improvement but as said in the past one category doesn’t constitutes a market, end of the story.

At this point we have some statistics/figures we asked  for on the value of ships from VesselsValue covering the main four dry categories of ships – ten year old ones(2009 to date), for our viewers to see where we stand price-wise and how the S and P market is affected and evolving by the freight rates as well as to see, in our view, how promising are the Newbuildings: 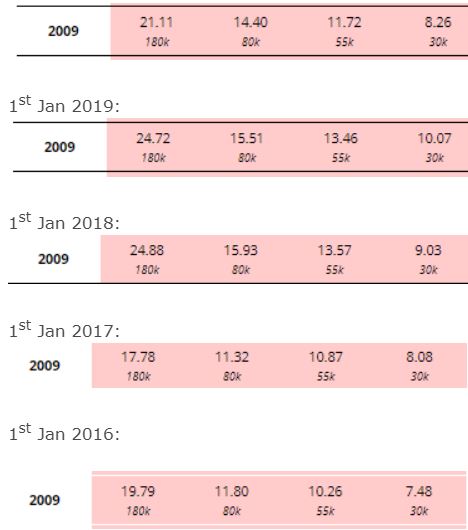 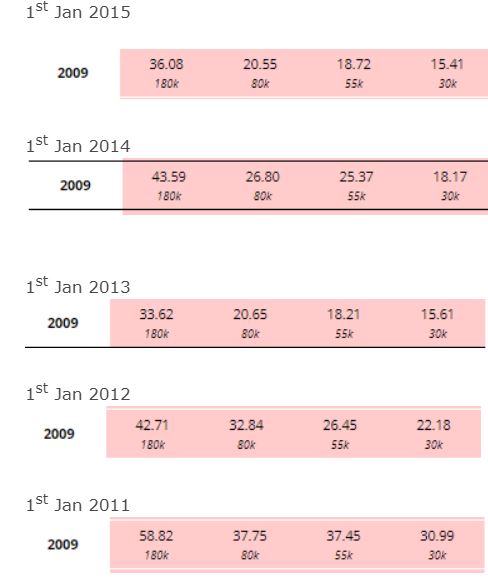 The perplexed Geopolitics are leading us all to an all-out War in the Balkans/East Med/Middle East regions with despicable and incalculable repercussions for all combatants!  Just wait see what’s coming; Armageddon is here to stay!!!

The MIGRANTS continue to be the number one issue and some will use it as a pretext for invasions / combat, say the Turks who are dubiously building up a provocative situ  scenario and then will use their beloved blackmail tactic. This Turkish methods leading to the worse mess involves religion too. CAUTION! The European Union and NATO must ensure they are not conned. The Turkish authorities are using the MIGRANTS!!!! The Turkish Authorities are exploiting the MIGRANTS for this mess. Erdogan’s Turks are stirring up the Balkans – see our yesterday’s report as well as nearly all our previous ones over the last three years…

We already see things changing, even with the possibility of the “return” of empires of the past such as the Persian one, the Ottoman and that of the Slavs – which today has Putin’s Russia as its spearhead… China returns as another player and the USA does grave mistakes  which might lead to the loss of the Pax Americana supremacy  and influence, as the last five USA presidents did great mistakes, particularly in the faulty line – which we mention you lately, from Gib to Afghanistan and from the Caucuses to the Horn of Africa!!! CAUTION!!! Capitol Hill MUST get its act together before it’s too late… The Middle Easterns – in their vast majority islamists, hidden behind investments in the entire West pause a great danger! Corrupted laundered money is being invested in the Western neoliberal economies with hidden agendas; CAUTION!!!

What will happen in a general conflagration and how we can best protect Planet Ocean’s dire Straits: Aden, Gibraltar, Hormuz, even  the Kiel Canal and the Straits of Otranto, the Straits of Malacca, Panama, the entire passage from the Dardanelles up to the straits of Bosporus , Suez canal… eh???? Most of them belong to Muslim States… CAUTION!!!!

BREXIT: ah! That goes beyond any  Shakespearean play… Let’s see how will the Europeans react next Tuesday night – wonder president Macron’s attitude versus Great Britain…

Wonder what’s all about these 39 death at the Essex lorry; now we have them as Chinese and possibly Vietnamese. An Ariadnes’ thread… What a shame!!!

Catalonia still in a mess…

The Balkans… also in a mess with many wondering what will happen next with Albania, Kosovo, North Macedonia and Serbia…

Greece and Cyprus pestered by the Turks… The EU and Germany in particular do nothing to ease the tensions; a grave mistake”!!!

At the other side of the Atlantic president Trump fights the impeachment against him; difficult days ahead and let’s see how he goes ahead…

Argentina awaits for a new president… and let’s hope the winner does something positive to turn things round as one third of the Argentinian population lives in poverty! Macri or Fernández  doesn’t matte so long as conditions change before we see a social  upturn.

How will the Hong Kong stand-off will end? Eh!!!

The entire Africa continent need a re-shape, reducing the corruption, control piracy hot spots and we need to avoid the developing proxy trade war there particularly by China. From North Africa with Libya in chaos  as this “endless”  war continues to South Africa whee hope are at least running high for  John Steenhuisen of the Democratic Alliance (DA) – main opposition to put things straight; from the Horn of Africa needing much attention to the entire West African mess. CAUTION!.

Wishing you all have a nice evening and weekend but continue to remain on guard/alerted by the actions emanating from Pirates, Terrorists, Criminals and Business Hooligans whatsoever wherever you are on Planet Ocean!