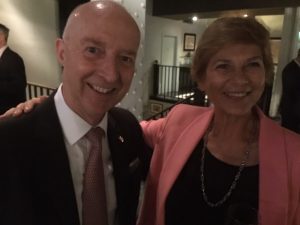 Ida Stier, founder and chief executive of Grupo Stier, welcomed guests from many sectors of the maritime industry to a reception in London to mark the 25th anniversary of the group that carries her name.

The business is involved in an extensive range of shipping services – from training, to its role as P&I (protection and indemnity) correspondents, to ship agency, survey and legal services. 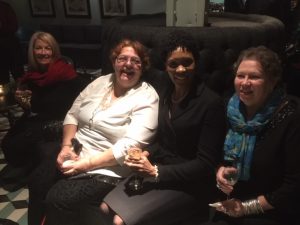 Perhaps its most telling selling-point though has been the drive, business acumen and engaging personality of Ms Stier who has built the enterprise to global repute from its principal bases in Las Palmas, the capital of Gran Canaria with its substantial port, and Santa Cruz de Tenerife.

Ms Stier told them: “For Grupo Stier it is an honour and a satisfaction being in London, where we have so many clients and friends, to celebrate our silver anniversary and be able to thank them for their continuous support that has contributed to our success.” She expressed warm thanks to the group’s many contacts in the P&I clubs. 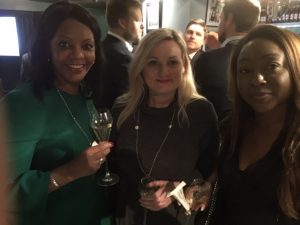 l to r: Christine Williams, Debbie Fallon and Sheila Abaniwo all from Travellers

She said: “The shipping sector – being the merchant marine, offshore oil and gas industry and even the renewable energies participants – gives us a continuous feedback that enables us to update our centre constantly, allowing us to provide first class maritime services to our principals and their members.”

The group has been able to capitalise on the geographical location of the Canary Islands as a hub for the European Union and “bridge” between America, Africa and Europe. The ports in the Canary Islands are linked through trade to more than 500 ports worldwide, by some 30 shipping lines. 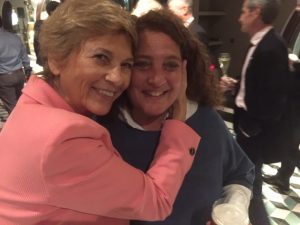 A quarter of a century on from its establishment, in addition to headquarters in Las Palmas, it has offices in Tenerife, Ceuta, Algeciras, Barcelona, Madrid and Cape Verde (Mindelo and Praia). It operates in all ports of Spain.

The group’s origins were in setting up as P&I correspondents and claims adjusters under the name of Stier & Co, offering services throughout the Canary Islands. In 1983, Ms Stier and colleagues had introduced in Spain the UK P&I Club – at that time the world’s largest such mutual – through their then employ with Iberpandi of Madrid. Ten years later, the UK P&I Club appointed Grupo Stier as its correspondents in the Canary Islands. 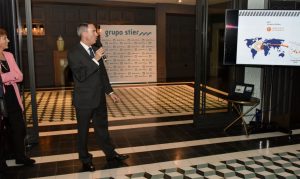 Jorge Seco during his presentation*

Today Grupo Stier looks after the members of practically all clubs in the International Group of P&I Clubs and clients of fixed premium Insurers. The company says that it has solved more than 2,000 maritime emergencies, with 25% time saved and 40% cost reduction.

As P&I correspondents, “we handle any associated claims and offer assistance to the captain, shipowners and their insurers in case of illness, death or accidents occurring at sea.” 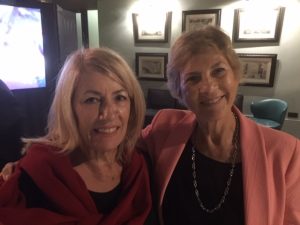 A few months after founding Stier & Co a second company was formed, Centro de Estudios Marítimos del Atlántico (CEMA). The aim of that company was to promote safety and excellence of practice for seafarers and other shipping company personnel. For over 20 years CEMA continued to develop programmes and activities with an emphasis on maritime studies, training to date a total of more than 2,500 people from all over the world. This has been carried out with the co-operation of allied companies, including AIS (Associated Independent Surveyors which was launched in 2015 with Grupo Stier and BMT Surveys). During the presentation to the London audience, Jorge Seco, a master marine surveyor from AIS, outlined the survey coverage, including container inspections, cargo damage, bunkers, hull and machinery, offshore and oil spill and pollution. 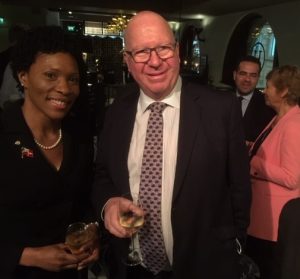 In 1998, Stier & Co saw another service opportunity in the shape of Stier Ship Agency. “Satisfaction and loyalty of our clients is the best proof of our success to date,” the company asserts. Twenty years later, Stier & Co, CEMA and Stier Ship Agency merged to become the trademark company Grupo Stier.

The years of tackling maritime emergencies inspired the opening of Stier Training Centre, the first in Spain with international accreditations under the IMO Convention on Standards of Training, Certification and Watchkeeping for Seafarers of 1978 (STCW) which sets minimum qualification standards for masters, officers and watch personnel; the Offshore Petroleum Industry Training Organization (OPITO) which has been setting standards for the oil and gas industry since 1991 on workforce safety and competence: Marlins maritime English; and the Global Wind Organisation (GWO). 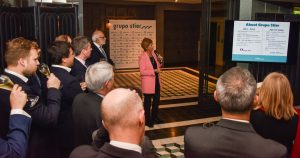 Ida Stier during her presentation*

Stier Training Centre is described as “the expression of our corporate maturity.” The facility was awarded second prize in 2016 for education under OPITO.

Its aquatic training unit is a “magnificent” metallic structure and tank 10 m high that can hold 235 cu m of water. At a fire training unit, students practise with the aid of simulators how to extinguish different types of indoor and outdoor fires.

In her presentation, Ms Stier said the company values are aligned with the initial letters of its name: Sincerity, Transparency, Integrity, Efficiency, Readiness.

…and another one with Ida Stier’ addressing guests*

John Faraclas of All About Shipping formally launched proceedings at Restaurant Hispania, proposing a toast to Ms Stier and her business, declaring: “Congratulations, Ida, for this adventurous success!!” 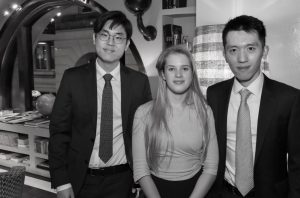 The new generation had a strong presence…*

He said: “In As You Like It, William Shakespeare wrote: All the world’s a stage, and all the men and women merely players.”

“Here we have Ida Stier an exceptional shipping business player, a stakeholder, with her success. And beyond this lies [in her] another powerful figure who co-launched WISTA Spain [part of the Women’s International Shipping & Trading Association] back in 1979.”

“She is a very colourful player in the P&I scene, and we know that P&I is at the forefront of everything in shipping.” 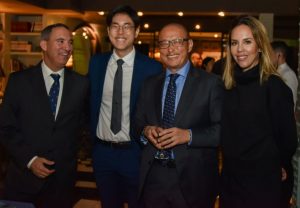 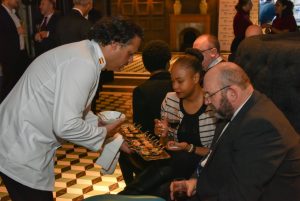 As to the future, Ms Stier referred to three principal new opportunities: 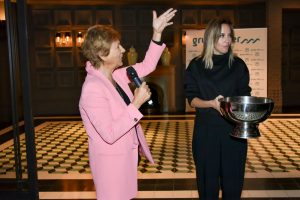 ….and let’s see who wins the luxury resort weekend in the Canaries*

“We wish to expand our P&I correspondents portfolio in the Canary Islands, and expanding to Cape Verde and West Africa.

“We wish you and your members to appoint Stier Ship Agency to help solve your emergencies at sea based on our location, expertise and experience.

“We wish to promote our AIS certified surveyors within your offices’ network, members and international shipping community.” 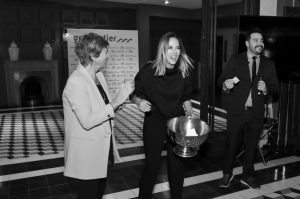 …and the winner is…*

The group had begun its anniversary celebrations on September 21 with a cocktail party at a restaurant in Las Palmas, and two days later had an open day at the Stier Training Centre.

N.B.: All photos with a star * are by Alfonso Roca