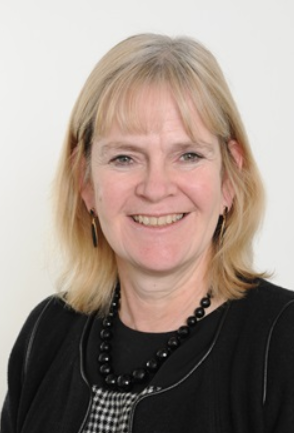 Last week brought success for Britain’s thriving marine equipment sector with UK companies picking up a string of accolades and revelling in a flourish of business opportunities at the world’s largest trade marine equipment exhibition, METSTRADE 2019.

Throughout the whole three-day event, 155 British companies spread across the exhibition had another fantastic Show with a football of 17,792 unique visitors looking to discover the next generation of product development.

Ranked the second biggest and most popular country pavilion, the British Pavilion was a hive of activity with many of its 60 exhibiting companies reporting business success. At its heart, the British Marine stand was constantly packed with international delegates and members meeting to do deals.

Eifrion Evans, CEO of Lumishore, who had stands in both the British Pavilion and Superyacht Pavilion, commented: “METSTRADE continues to surpass mine and Lumishore’s expectations. The superbly presented British Pavilion and Superyacht Pavilion generated significant interest in Lumishore’s new underwater and newly launched above water lighting range, the Lux Lighting Collection. At times, we were completely inundated with existing and new customers.”

Clay Builder from Nautibuoy Marine, who exhibited in the British cluster within the Superyacht Pavilion, added: “It was the best METSTRADE Show we have ever had. As well as making sales on the stand, we met with key industry people and have generated a huge amount of leads and interest in our range of products. It was super to see the response to our new X-shade, which we officially launched in Amsterdam. Our feeling for business in 2020 is incredibly positive. Thanks to organisers for making it so easy and to the hospitality team who provided us with great food and beverages. We are already excited about attending next year.”

On the Wednesday, British Marine hosted the Netherlands’ Country Director for the Department for International Trade, Michiel Veldhuizen. Whilst at the event, he met with several British Marine members including LIGNIA Wood Company, Marlow Ropes, Scanstrut, Exposure Lights, Crewsaver and Rapid Marine.

This was followed by another hugely successful Meet the Buyer Networking Reception. British Marine’s most popular overseas event and a highlight of the British Pavilion, it once again welcomed 150+ visitors and exhibitors for an evening of networking, drinks and live music.

Lesley Robinson, British Marine CEO, commented: “I am hugely proud of all the UK businesses who picked up accolades at both the DAME Design Awards and IBI-METSTRADE Boat Builder Awards, as well as all the British companies who enjoyed business success at this year’s METSTRADE.

“This is testament to the strength of Britain’s marine industry. Despite the political uncertainty at home, British companies are trading well, investing and planning for the future growth of their businesses.

“As British Marine we will continue to support our members at important overseas events, ensuring the UK retains its dominant position on the global market. Next on the calendar is boot Dusseldorf in January 2020 where we will be hosting a Showcase stand for members.”

ABPmer appointed Designated Person for the Port of London Authority