Espino de Marotta earned a degree in Marine Engineering from Texas A&M University. She has a Master’s degree in Economic Engineering from the Universidad Santa María La Antigua in Panama City, Panama. She participated in the Executive Development Program at INCAE Business School and Northwestern University- Kellog School of Management, and has a project manager certification from the Project Management Institute. 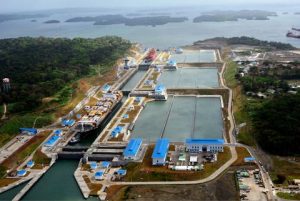 The Panama Canal Authority (ACP) the autonomous legal entity of the Republic of Panama in charge of the operation, administration, management, preservation, maintenance, and modernization of the Panama Canal, as well as its activities and related services, so that the Canal may operate in a safe, continuous, efficient manner celebrated twenty years to be responsible for the waterway when the USA handeover the canal the midday of the 31st of December 1999 to comply with tge Torrijos-Carter Treaties.

Achievements of the Directorate General of Seafarers in Panama during 2019