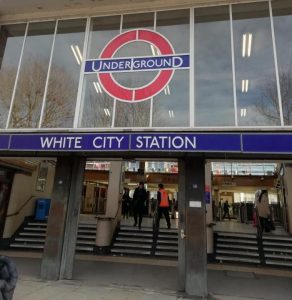 As December’s 27-day strike from the RMT union forced commuters to seek alternative routes to work, tube passengers suffered a 66% increase in thefts on the network during the month last year.

The figures have been obtained from the British Transport Police by home insurance provider buzzvault under the Freedom of Information Act. They show that across the Victoria, Central, Bakerloo, Piccadilly, Northern, Metropolitan, Jubilee, Waterloo and City, Hammersmith and City and District line, a total of 1,005 thefts were recorded. This compares to 605 in December 2018 – an increase of 66%.

Across all transport networks covered by the BTP – including the DLR, London Overground and Northern Rail – there were 1,596 recorded thefts, up from 1,183 in 2018. The most common type of theft recorded was ‘theft from person’ – either property carried by someone or taken from their bag. A total of 977 of this type of theft occurred, with the most (130) taking place on the Victoria Line. There were also 104 occasions where whole items of luggage were taken.

The Victoria Line was second only to the Central Line in experiencing the highest number of thefts overall (167 and 206 respectively), followed by the Piccadilly, Jubilee and Northern Lines. However, there was no respite on 12 December when the strike held off for the General Election: 78 thefts occurred in total, up from 50 in 2018.

Becky Downing, CEO and founder of buzzvault: “Tubes and trains are the perfect playground for thieves, particularly if they are unusually crowded and chaotic as they were during December’s strike. Commuters and tourists can be easily distracted and perfect targets for thieves dipping a hand into a bag, or even taking whole items of luggage. Aside from keeping a close eye on valuables, check your home insurance includes out of home cover so that if you find something has been taken, you can claim it back on your policy.”