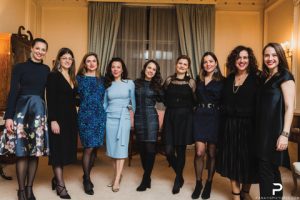 The opening event of the second GIWA Awards took place on Friday, January 17, at Greek Ambassador’s residence in London, attracting the interest of people from business, culture, sports and charity.

The GIWA Awards embraces global Hellenism and aims to recognize and award distinguished Greek women in Greece and abroad for their achievements and actions. This year’s award ceremony will be held in June 2020, in Athens.

The Awards jury committee consists of distinguished personalities in their respective fields, from Greece and abroad, that embody the GIWA’s values: excellence, validity, respect, productivity, responsibility, transparency and ethics.

The process for GIWA Awards is based on the principle of transparency and will give the public the opportunity to participate through public voting on the official GIWA website. 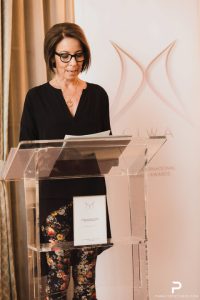 Mrs. Margarita Mavromichalis, a world acclaimed photographer and wife of the Greek Ambassador in the United Kingdom, is a strong supporter of the Awards. She opened the event with a warm welcome to all that were present,  the organising committee of the GIWA Awards, the jury committee members, other participants and the mediaIn her speech, the founder and president of GIWA, Sofia Konstantopoulou referred to the 2020 Greek Woman saying: “Your work has the power to inspire, energise and move thousands of Greek women around the world. It is better to take advantage of this power and share it with them!” She mentioned the purpose of organising the awards, which is to recognise and promote the achievements of the Greek woman around the world.

Ioanna Paschalidou,  another founding member of GIWA, spoke about the institution, its supporters, candidates and sponsors. GIWA is a “non-profit project” that is based on partnerships with individuals, companies and organisations that provide support, including financial assistance. Another a founding member of GIWA, Naya Boltetsou, introduced the judges, participation and award procedures. 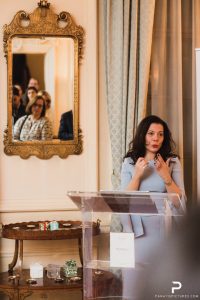 Eftyhia Kasselakis, a partner at Ernst and Young Advisory Services and sponsor of the review process, expressed the company’s strong support for the GIWA Awards, and noted in her speech that statistics show it will take another 108 years for women to have equal rights with men in the workplace.

Present at the event was also Fotini Androulaki,  founder and publisher of Volta Magazine and a Media Sponsor of GIWA Awards. The GIWA Awards are powered by Aphrodite Hills. 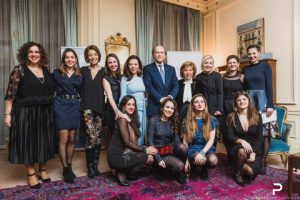 The Committee of Judges with the GIWA Committee and Mrs. Margarita Mavromichalis – 3rd from the left

The Awards are already supported by major businesses, organizations and entrepreneurs and have received the official auspices of the Greek Embassy in the United Kingdom and the General Secretariat for Family Policy and Gender Equality of the Ministry of Labour and Social Affairs in Greece.

The event ended with a performance by Stavros Dritsas, the award-winning piano soloist and Artistic Director of the City of London Soloists.

What you should know:

Interested parties are invited to apply for the following categories, through the official website of the GIWA Awards https://greekinternationalwomenawards.com/: