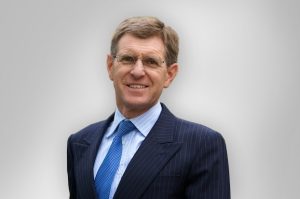 Operating performance successfully strengthened Net income before restructuring increased by more than fivefold in the first three quarters of 2011 – Positive Net income before tax Special payment of EUR 500 million due to EU-requirements to Hamburg and Schleswig-Holstein causes consolidated loss after tax New business model successfully launched – Chairman of the Management Board Dr. Paul Lerbinger: “The strategic focus on our core areas of business is increasingly paying off”

Result before guarantee payments substantially increased
Excluding the much higher expenditure for the second loss guarantee from the states of Hamburg und Schleswig-Holstein amounting to EUR -796 million (previous year: EUR -393 million), the Bank considerably improved its pre-tax result. This is reflected in the net income before restructuring, which in spite of charges resulting from sovereign bonds issued by so-called PIIGS countries – especially Greece and Italy – increased by more than fivefold to EUR -185 million.
The business result benefited from income from the sale of equity holdings and the revaluation of hybrid financial instruments. Furthermore, thanks to the risk-minimising effect of the second loss guarantee from the states of Hamburg and Schleswig-Holstein, the Bank generated income from writing back loan loss provisions amounting to EUR 394 million, following corresponding expenses of EUR -425 million in the same period of the previous year.

The positive impact on income of the substantial increase in new business in the course of the year is only gradually beginning to show effect. Even so, the drop in total income of around seven percent to EUR 1, 007 million (previous year: EUR 1, 123 million) was relatively small. This is because over the same period total assets decreased by a much larger amount, having been reduced by some 15 percent or EUR 24 billion to EUR 138 billion (as at 30.09.10: EUR 162 billion).
The progress made in reducing the size of the balance sheet, which also entails a significant decrease in risk assets, continued to have a positive impact on the Tier 1 capital ratio. This was increased to 17.9 percent as at 30 September (31 December 2010: 15.4 percent). HSH Nordbank’s capital resources thus remain very solid compared to the peers of the sector.

“The strategic focus on our core areas of business and progress made in reducing the Bank’s risks are increasingly paying off in terms of our operating performance. The resulting positive effects are overshadowed by the implementation of the EU requirements started in the third quarter. Our objective remains to absorb the main charges resulting from this for the Bank in the course of this year with an effect on earnings, ” says Paul Lerbinger, Chairman of the Management Board of HSH Nordbank. These include in particular restructuring costs resulting from unavoidable job shedding, based on the tight budget agreed with the EU Commission. Most of these will be booked in the fourth quarter.

Introduction of the new business model making progress
In the third quarter HSH Nordbank launched a wide-ranging strategy programme to implement its new business model. The programme contains a large number of initiatives aimed at optimising operating structures, strengthening selling power, honing business area strategies and making improvements in the areas of funding and bank management.
“We will be focussing HSH Nordbank on its role as a preferred partner for companies and owners of businesses from its regional base. With this in mind we have also restructured internally. We have separated Management Board responsibility for clients and products. By pooling the client areas and responsibility for products in their own independent departments we will be able to further improve the services and products we provide to our clients. Here lies the key to our long-term success on the market. Implementation of these measures will be completed by April 2012”, announced Dr. Lerbinger.
HSH Nordbank will publish its interim report as of 30 September 2011 on 9 December 2011.