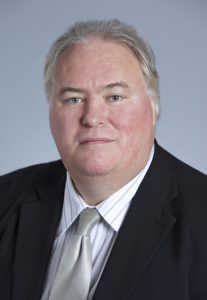 A new London Market Group for companies writing business from the Americas has been set up in response to the region’s growing economic importance and to combat restrictive regulation.
The International Underwriting Association’s Americas Committee will assist its members in monitoring all relevant legislation which might affect their ability to trade with any countries in North and South America.
Nick Lowe (pictured on the left),  the association’s Director of Government Affairs, said: “Economic growth in countries such as Brazil and Argentina has led to some exciting business opportunities for the international insurance industry. The London company market is well placed to play an important role by providing specialist coverage that may not be available in local markets and will help promote further growth.
“It is vital, however, that international companies are able to offer such support free from unnecessarily restrictive regulation that hampers free trade and ultimately leads to a worse deal for policyholders across the Americas.”
Recent legislative developments in South America have included, for example, a government resolution issued in Argentina requiring the repatriation of all insurance companies’ foreign-held liquid assets and investments. The resolution was announced without prior consultation and imposed a 50 day limit for insurers to comply.
Meanwhile in Brazil the reinsurance market has been opened up after seven decades of control by a state-sponsored monopoly. But there remains an obligation for 40 per cent of every cession to be offered to local reinsurers.
Previously the IUA has operated a market group that tracked regulatory developments only in the United States and Canada. The new Americas Committee will continue to perform this role, but its expanded remit will also encompass the whole of Central and South America.
In addition the group will act as an authoritative voice for the London company market, representing the views of member companies to government and supervisory authorities where necessary.
Mr Lowe added: “There is a definite trend towards liberalisation of the insurance and reinsurance industry in South America, but progress is not always smooth and straightforward.
“New legislative initiatives are emerging regularly. The new Americas committee will help London market companies keep up to date with these changes and give them a representative voice.”