Statistics for the London company market are to be enhanced through a number of new initiatives by the International Underwriting Association in 2012. 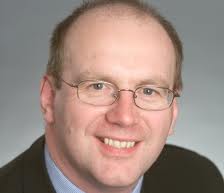 Last year the association published a groundbreaking analysis that comprehensively measured premium income generated by insurance and reinsurance companies operating in London, but outside of the Lloyd’s market. It showed company market is significantly larger than ever previously verified, worth at least £12.6bn in 2010 net of commission or £16.4bn gross (including commission). Now the IUA is seeking to offer an even more detailed picture. A project has been launched to identify current and historical premium volumes for contingency business and new research is also planned for the marine sector. In addition last year’s market-wide study will be repeated to provide an up to date annual statistical report. A committee of IUA member representatives has been established to oversee this task and examine ways of further improving data collected. It is intended that the scope of the survey will be expanded by including overseas agency business controlled by London. There will also be a greater breakdown of non-marine underwriting classes. Dave Matcham, IUA Chief Executive, said: “Our London Company Market Statistics Report was tremendously well received last year and I am keen to build on that success in 2012. This will involve returning to around 60 companies for their latest premium income figures and supporting particular classes of business as they carry out their own surveys. “For years there has been a paucity of comprehensive accurate data about the company market. Now that omission is being addressed IUA members are better able to benchmark their own performances and are able to present a more influential voice in speaking to government and other regulatory bodies.” The contingency market statistics project will aim to collate both market premiums and ratios of total losses to gross premium. Meanwhile companies writing marine business will be surveyed for both direct and facultative market premium generated in four particular areas: hull (including construction), cargo (including specie), energy and liability.