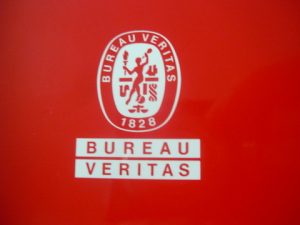 Neuilly-sur-Seine, France, February 14, 2012* – Following its meeting of February 13, 2012, the Board of Directors of Bureau Veritas, chaired by Frank Piedelièvre, is pleased to announce the appointment of Didier Michaud-Daniel as Chief Executive Officer of Bureau Veritas as of March 1, 2012.

Since 2008, Didier Michaud-Daniel has been Chairman of the Board and President of Otis Elevator Company, a global company part of the United Technologies Corporation. At the head of Otis, worldwide leader with USD 12bn in revenues and 60, 000 employees, Didier Michaud-Daniel has demonstrated his outstanding capability to lead and mobilize international teams, conduct value-creating acquisitions and deliver best-in-class financial results. Didier Michaud-Daniel also brings a wealth of experience in professional services that will contribute to further develop Bureau Veritas.

Frank Piedelièvre declared “This governance evolution which I suggested comes at the right time. 2012 is the first year of Bureau Veritas’ 2015 strategic plan, which introduces a new cycle of expansion for our Group. We have a clear vision of our future, a great team of executives and a solid operating model. Didier will bring new ideas while safeguarding Bureau Veritas’ entrepreneurial and disciplined business culture”.

Didier Michaud-Daniel stated “For me, to join Bureau Veritas is a very exciting opportunity, as Bureau Veritas is a remarkable company with great assets, a world leader in a field of ever increasing reach and significance. To be Frank’s successor is a stiff challenge. But I feel well prepared and very enthusiastic to work with Bureau Veritas’ great management teams to ensure the Group’s continuing success”.

Finally, Frédéric Lemoine, Vice-Chairman of Bureau Veritas’ Board of Directors and Chairman of Wendel’s Executive Board has expressed his confidence in this change: “With Frank Piedelièvre as Chairman of the Board, Didier Michaud-Daniel as Chief Executive Officer, a first-class executive team and a highly qualified workforce, Bureau Veritas is well positioned to achieve its 2015 plan objectives. I am fully supportive of Bureau Veritas and have high expectations for the many years to come”.

(news delayed as internet was down this day and missed same)

ABS recognised for 150 years of Service