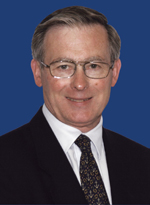 Malcolm Vincent takes over the reins of office from Professor John Carlton FREng DSc BA CEng CMarEng FIMarEST FIMechE MRINA. Mr Vincent’s first task as President will be his speech today (9 March) at the IMarEST 109th Annual Dinner with IMarEST members and their guests representing the global engineering, science and technology sectors of the maritime industry in London for the occasion. Guest speaker is Steve Clinch, Head of the Marine Accident Investigation Branch. He and Malcolm Vincent share a common heritage having both worked at P&O. There are P&O links too to the reply speaker, Chris Walters of Lloyd’s Register, with whom Malcolm Vincent worked at P&O Three Quays.

“It is a great honour and privilege to be appointed the 110th President of the Institute which has over 15, 000 members in over a hundred countries, and 50 active branches around the world, ” says Malcolm Vincent. “I would like to pay tribute to John Carlton whose enthusiasm for, and work on behalf of, the Institute and its members has been inspiring. I look forward to furthering some of the initiatives that he started during his year in office.

“I will be explaining tomorrow evening in my speech that what is of vital importance to our successful development will be the continuing growth in membership in marine engineering, science and technology. Last year’s numbers are impressive with an increase of some 10% new members across all grades; and, under our new Chief Executive, David Loosley, strategic plans are in place for this continuing, and an accelerating growth rate. All branches and international divisions played, and will play, a vital part in this success. Key to this will be the continuing engagement of the younger members who are the future of the Institute, and so important to the success of the international maritime sector.

“Our younger member section is active and will continue to innovate to find ways of engaging effectively across all the various branches around the world so that Institute membership is both relevant to the individuals and also to employers. This engagement is underpinned by the programme of academic course accreditation under the auspices of the Engineering and Science Councils and the accreditation of the in-house company formation training schemes. To date we have some 19 academic course providers in the UK, a further seven overseas and a total of 30 companies providing accredited courses.

“There are also some 40 companies signed up as Marine Partners – I will be particularly welcoming those who have taken tables at our Annual Dinner; without their support the event would not be a success. We will also be welcoming guests from the other engineering and nautical institutions, together with the maritime livery companies. I will be particularly pleased, in view of my own affiliations, to welcome the Master and Clerk of the Worshipful Company of Engineers, and those guests from the Royal National Lifeboat Institution– a charity that has been dear to my heart for many years.

“There will be another charity represented at the dinner, IMarEST’s Guild of Benevolence. This was founded as a direct result of the sinking of the Titanic when all 35 engineers were lost and the charity was set up to cater for the needs of any marine engineer, or dependents, who needed assistance. The centenary of that disaster falls on 15 April this year; and the Guild continues to be active to this day – dispersing some £180, 000 to 90 recipients last year alone. The Guild’s newly published centenary booklet, which pays particular tribute to the marine engineers, and also looks at the safety legacy left by the tragic accident, is now available for a contribution of at least £10 plus postage and packing from http://www.imarest.org/Home/TheGuildofBenevolence.aspx

About the 110th President

Following Alternative Training Cadetship and seagoing appointments with Shaw Savill and Cunard, Malcolm Vincent joined P&O Technical Services Division. He undertook various engineering and business development appointments leading to Managing Director of Three Quays Marine Services Ltd undertaking new ship design and construction activities in China, Japan, South Korea, India, Europe and UK. He was appointed director of a ship repair company, and subsequently director of a business services consultancy, which led to appointments with BT Global Services where he was responsible for commercial development and negotiation of major service contracts. Malcolm Vincent was awarded an IMarEST scholarship to study at Surrey University and has a Masters Degree in Automation & Systems Engineering from City University. As a Trustee of the RNLI, Council Member and Chairman of the Technical Committee he is responsible for the design, build and maintenance of all weather and inshore lifeboats and lifeboat stations. He is also a Liveryman and Member of the Court of Assistants of the Worshipful Company of Engineers. Currently a Trustee and Chairman of the IMarEST Retirement Benefit Scheme he recently chaired the Institute’s Building Working Group.

About the President Elect

In 1993 Mr. Chrysostomou joined the Department of Merchant Shipping, the Competent Authority for Maritime Affairs of the Government of the Republic Cyprus, as a Marine Surveyor and in 1994 he was transferred to the Cyprus High Commission in London as the Counsellor Maritime Affairs and alternate Permanent Representative of Cyprus to the International Maritime Organization, a position that he held for 10 years. In 2004 he was transferred back to the Head Quarters of the Department of Merchant Shipping where he heads the Department’s division responsible for Maritime Policy, Multilateral Affairs and Standards.

Mr. Chrysostomou’s leadership abilities were put to good use early in his life since he was the President of the Marine Technology Society of the University of Newcastle upon Tyne and when he was posted in London he served as the Chairman of the Maritime Attaches Club.

Mr. Chrysosotmou’s work includes a number of papers presented in conferences and seminars around the globe; he has chaired a number of non-government related seminars and conferences such as Green Ship Technology and he is a member of the Board of Governors of the World Maritime University (WMU).

Finally as a result of Mr. Chrysostomou’s skills and integrity, he has been recently acknowledged by his peers who awarded him the 2011 Award for outstanding contribution to sustainable shipping. This is an award that pays tribute to an individual, organisation, company or group that has made a major contribution to raising awareness on how shipping can improve its environmental record through initiatives or other means. In November 2011 he was presented with the Outstanding Public Service Award by the United States Department of Homeland Security, United States Coast Guard for his contribution to International Shipping.

Further information on IMarEST’s work for, and on behalf of, its members in over a hundred countries is available at www.imarest.org.