Help us to help others 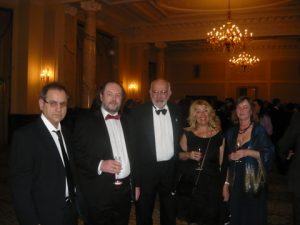 Last Saturday at the Landmark Hotel – looking as if you’re on a modern cruise-ship, – in London’s Marylebone  Road, the Greek Orthodox Charity Organisation staged its annual Greek Independence Ball attracting nearly 300 guests from al over the globe!

The Grand Ballroom witnessed once again an unforgettable event, thanks to the Ladies Committee and the Fundraising Committees of London and Athens who did everything possible for yet another success in the Name of Charity; indeed “Help us to Help others” is now the maxim we should all embrace!

As it happens the Philhellenes were there given the strong links of the Greek and Greek Cypriot Communities in London with the Shipping industry and beyond and hope that they will unsolicited continue to support this cause! Besides, the British Economy gains too and if you add the costs of outfits, catering, flowers, transportation costs including airfares, musicians, photographers, singers, designers and printers, you can see the benefit for all.

After the networking reception we were ushered in the Grand Ballroom and following the Grace by Archbishop Gregarious  the British and Greek National anthems were performed in honour of the world’s leading maritime nations, Great Britain and Greece. 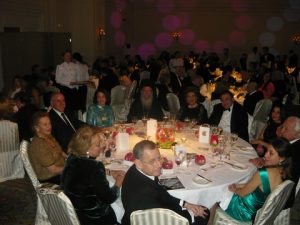 Angela Kulukundis, one of the two Vice-presidents of the Charity, welcomed us and in her speech stressed how The Greek Orthodox Charity Organisation (GOCO) continuous its work and seems to be in greater demand than ever before. Our viewers should be aware that the aim of the Organisation is to continue to provide moral and financial support to Greek ad Greek-Cypriot patients and their families coming to the United Kingdom for life-saving medical treatment and surgery. GOCO supports other medical charities, hospitals, research programmes and post graduate students. Moreover, thanks to the generosity of the donors and supporters, the Charity was able to help  Marathonioi Orizontes purchase a specially designed Beneto sailing boat for use by their athletes. Remind you that back in 2009  Marathonioi Orizontes, with GOCO’s support, purchased a specially designed ramp which enables athletes to have an easier access to the jetty and the boats.

The Dinner under the music of DJ Avgustinos Galiatsos was excellent  –  with the mango and lime ‘baked alaska’ the talk of the night!

Dancing too with the Soul Fiesta and Avgoustinos on a great day was real fun.

Then came Raffle time with George Th. Lemos on yet another great day presenting the prizes, as always, great!

The Souvenir Programme too was a good reminder of how donors and sponsors should behave! It was also passing the message: Shipping and Hellenism at its best human hour! 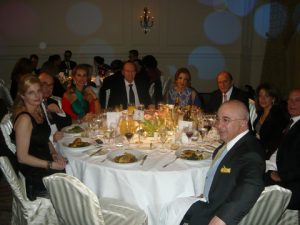 on an l to r basis the Porfyrios', Milena and Andreas Tsavliris, Anthippe and Nicholas Lemos, Maria and John Paleokrassas and Andreas Constantinou

Many companies sponsored extra tables for their members and guests, like Chartworld, and Bankserve,   with the Hadjipateras’ clan having over three!

We also spotted some of our British friends and colleagues, Richard Wilson and his wife from TLT, Jamie Collingridge  from Christies and his wife Beatrice, David and Hillary Peel from Rightship, Sir James Duncan, Tony Burton and his wife, and many others. Another contingency was that of the Hellenic Engineers Society and the Hellenic Bankers Association.

All in all a great event to all intents and purposes and sincerely hope that it will continue to be successful for the years to come bringing hope to those in need and trouble and to those eagerly looking to finish their studies; above all passing the message: “we are here in full force to help you!” 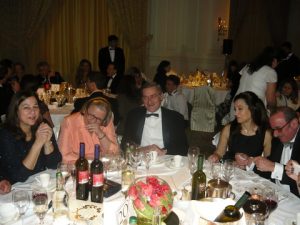