A landmark decision by Sir Andrew Morritt, the Chancellor of the English High Court means that freight forwarders, liner shipping companies and road hauliers finally have a court judgment that they are entitled to enforce their BIFA, bill of lading or RHA general lien clauses against administrators acting on behalf of insolvent customers. This is very welcome news to the freight forwarding, liner shipping and haulage industries.

Most disputes between forwarders/carriers and administrators of collapsed companies end with negotiated settlements. This will doubtless continue to be the case. Up until this judgment, however, there has been some doubt about whether a court would enforce a general lien in light of the moratorium imposed on liens under Section 43(b) of Schedule B1 of the Insolvency Act 1986 (the “Act”) and also whether a court would order delivery up of goods to the administrators without an indemnity being provided to protect the forwarder/carrier from potential costs and/or claims from third parties arising out of delivery up. The Chancellor’s judgment resolves these doubts in relation to cases which fall on all fours with the facts in this case. 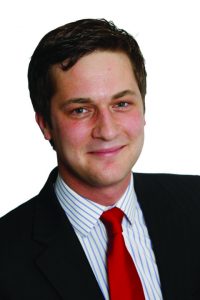 Because every case inevitably presents at least some novel facts, forwarders/carriers should still, however, always obtain early legal advice if a customer collapses owing significant sums and administrators and/or suppliers to the collapsed company demand delivery up of goods held by the forwarder/carrier.

The Uniserve group of companies, represented by HFW, provided supply chain management services to La Senza Limited (“LSL”) and, amongst other services, handled the carriage of goods purchased by LSL from overseas’ suppliers. All services were provided on the Standard Trading Conditions of the British International Freight Association, 2005A edition (the “BIFA Condition”).

LSL suffered financial difficulties during the latter half of 2011 and failed to pay a number of Uniserve’s invoices within agreed credit terms. As a result, on 14 December 2011, Uniserve wrote to LSL advising that it was exercising a lien over goods in transit pending payment of all invoices in full in accordance with the general lien in the BIFA Conditions. Not long after this, LSL gave notice of its intention to enter into administration, and three administrators from KPMG were subsequently appointed on 9 January 2012.

After their appointment, the administrators quickly found a buyer for the business and assets of LSL and also agreed with the buyer that if they were able to deliver the goods in Uniserve’s possession, the buyer would pay LSL 50% of their commercial invoice value (the “Sale Contract”). The Sale Contract included a longstop date of 16 March 2012, which was only communicated to Uniserve on 2 March 2012. Uniserve offered to deliver up the goods to the administrators in return for (a) payment in full of its invoices and the storage charges that had accrued on the goods since they had arrived in the UK and (b) an indemnity in relation to any costs and/or claims that may arise out of Uniserve complying with LSL’s order to deliver up the goods.

Uniserve also submitted that there was no breach of the moratorium or conversion of the goods in circumstances where Uniserve was evaluating the validity of LSL’s title to the goods.

The administrators rejected Uniserve’s offer and on 1 March 2012 made an application to the court under Section 234 of the Act seeking an order that Uniserve deliver up goods with a commercial invoice value of about GBP2.2 million without the immediate payment of Uniserve’s charges and without the provision of an indemnity. They submitted that LSL was entitled to delivery up because, pursuant to the terms of sale between the suppliers and LSL, LSL “appeared to be entitled” to them within the meaning of Section 234 (2) of the Act.

In a cross-application, Uniserve applied for the court’s permission under Section 43(3)(b) of Schedule B1 of the Act to enforce its general lien. Uniserve also requested that LSL pay its legal fees. On 5 March 2012, in light of the 16 March longstop under the Sale Contract, a judge ordered an expedited hearing for 13 March 2012.

The administrators change their position

In the eight day period in the run up to the expedited hearing, during which witness statements, voluminous evidence and skeleton arguments were exchanged, the administrators modified their position on several occasions. Instead of demanding unconditional delivery up of the goods, they offered to pay the sums received under the Sale Contract into an escrow account and submitted that third parties with valid claims and Uniserve could make claims on this escrow account. Uniserve submitted that this proposal was poorly thought through as it would both destroy Uniserve’s lien and provide insufficient protection against any costs and/or claims arising out of Uniserve complying with LSL’s demands. The administrators also submitted that even if Uniserve had an enforceable general lien, its value should be limited to the amount that Uniserve itself could recover were Uniserve to sell the goods. Their evidence, which Uniserve rejected, was that Uniserve would only recover 5.5% of the commercial invoice value of the goods. Uniserve’s submission was that the amount that Uniserve could sell the goods for was the incorrect test for the value of the lien and that the 5.5% figure was incorrect in any event.

The Chancellor initially indicated to the parties that he would be prepared to order delivery up of the goods to LSL providing, as Uniserve submitted, an indemnity were provided to Uniserve and all of Uniserve’s charges were paid. The administrators declined to pay the sums owed and provide an indemnity so the Chancellor therefore ordered, as Uniserve had requested in the alternative, that permission be granted to Uniserve to enforce its lien and sell LSL’s goods.

In making his judgment, the Chancellor rejected the administrators’ submission that permission to enforce the lien should be declined because Uniserve had been in breach of the moratorium by retaining the goods between December and March 2012 without a court order. He also rejected the escrow account proposal and the proposition that the value of Uniserve’s general lien be limited to the sum that Uniserve itself could sell the goods for, which the administrators had previously suggested would be 5.5% of their commercial value. He said that to do so would be to “fetter the terms of the lien”. The judge also awarded legal costs against LSL and ordered a payment of costs on account.

This judgment means that freight forwarders, liner shipping companies and road hauliers can now all feel much more certain about their legal rights when faced by administrators who refuse to settle debts in full, challenge liens and demand delivery up of goods. Individual cases do still, however, always turn on their individual facts, so whilst the judgment is most welcome as general guidance, legal advice should still be sought as soon as possible if a customer goes into administration owing significant sums.

Commenting on the judgment, the Managing Director of Uniserve said, “It is always sad when an important customer experiences financial difficulties and creditors like Uniserve are exposed to potentially large losses. This judgment at least gives companies like Uniserve comfort that if they contract on suitable terms they will be recognised as secured creditors in an administration. HFW did an excellent job to defend Uniserve against the unnecessary challenge by the administrators on Uniserve’s legitimate legal position.” HFW’s Logistics team has advised on the majority of the recent UK high street collapses.

Off-hire, the CONWARTIME and Punctuation Marks